Players can pick between Akshay Kumar, Jacqueline Fernandez, and Satyadev Kancharana’s characters in the movie. 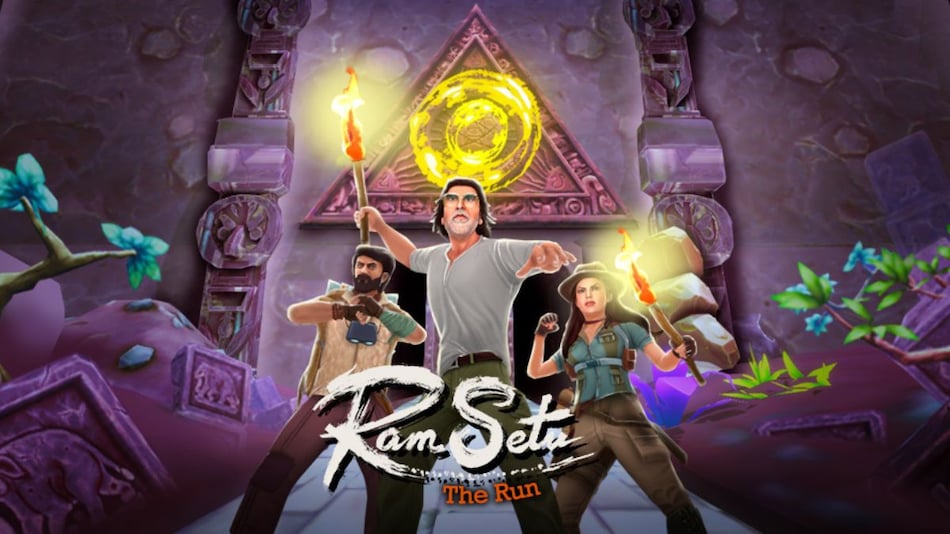 nCore's latest mobile game features traditional endless runner elements, featuring obstacles that one needs to jump or roll through. Ram Setu: The Run draws inspiration from the movie to add spinning blades, explosive barrels, and trucks bashing in from the sides, urging players to switch up their strategy. This is adding to the random thugs popping in, who can be knocked out by timing a down swipe — sending your character into a flying kick attack. Players can choose between the three leading roles of Dr. Aryan Kulshrestha (Akshay Kumar), Sandra (Jacqueline Fernandez), or AP (Satyadev Kancharana). The last two can be unlocked using gold earned via playthrough.

The mission is challenging. The action is endless…
Transform into Aryan Kulshreshtha, my avatar in #RamSetu:TheRun and be a part of the world of Ram Setu.

The mechanics draw inspiration from titles like Temple Run, adding magnets for easy pickings, a shield, and score multipliers. Each of the three characters can be upgraded for tougher runs in the future and can be dressed in windproof gear. The latter can be purchased using diamonds, a rare in-game commodity. Additionally, Ram Setu: The Run often spawns jeeps, which understandably, grants speed and lets you smash through obstacles. However, it is limited to only two hits. Then there are drones, shooting down lasers, which can be avoided by a simple screen swipe.

“Ram Setu: The Run is our attempt at marrying our prowess in game development with a blockbuster IP to bring a polished, entertaining gaming experience that anyone can just pick up and play,” said Deepak Ail, Co-Founder and CEO, Dot9 Games, in a prepared statement. “To further underscore our commitment to that, our team has worked hard to ensure it is optimised well enough to be playable even on low-end smartphones as well as tablets. Gaming is for everyone and Ram Setu: The Run is our effort in making that a reality.”

Ram Setu: The Run is out now on Android and iOS. The Akshay Kumar-led Ram Setu movie releases the day after Diwali, October 25, in theatres.