FIFA 23 Celebrates Record-Breaking Launch With 10.3 Million Players in Week One

FIFA 23 is out now on all major platforms, including PC, PS4, PS5, Switch, Xbox One, and Xbox Series S/X. 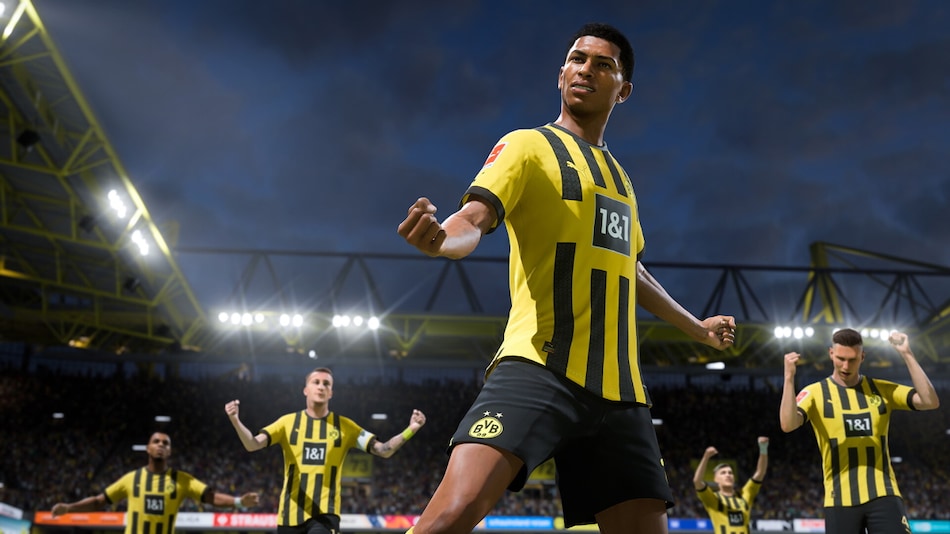 FIFA 23 is celebrating a record-breaking launch during its first week. In a press release, EA Sports revealed that since its debut in September, FIFA 23 has seen over 10.3 million players logging into the game, signalling the biggest launch period in the franchise's history. EA doesn't specify what weeklong period it's looking though. FIFA 23 launched in early access on September 27, available to those who subscribe to EA Play/ EA Play Pro, and who pre-ordered FIFA 23 Ultimate Edition. The former could help inflate the numbers, as EA Play members don't need to buy the game. FIFA 23 released September 30 on all major platforms, including PC, PS4, PS5, Nintendo Switch, Xbox One, and Xbox Series S/X.

“The response from our fans has been nothing short of incredible, and we're thrilled that our community is playing with their favourite players and teams across FIFA 23 in record numbers,” said Nick Wlodyka, SVP, GM, EA Sports FC, in a statement. “With both the Men's and Women's World Cups, and exciting updates to our women's club football content in-game still yet to come, we're just getting started on providing players with the most authentic and immersive experience yet.”

The record-breaking launch might come off as a pleasant farewell for EA, who will rename its franchise to EA Sports FC. The decision comes after a dispute between the FIFA federation and the publisher Electronic Arts, who were unable to settle on new licensing terms, which usually lasts 10 years. As per EA, the ‘FIFA' branding and licensing were getting too expensive, with the footballing body demanding more than double the amount for the next term — charging $1 billion every four years (about Rs. 8,230 crore).

A VGC report revealed EA CEO Andrew Wilson's response to the demands, stating that he was willing to drop the ‘FIFA' branding from its titles, calling it an “impediment.” He stated that the governing body prevented developers from expanding its game modes beyond the traditional 11v11 matches. He also suggested that the only value the publisher ever got from the FIFA license, in a non-World Cup year, was the “four letters on the box.”

The running contract ends next summer, after which, the game gets rebranded to EA Sports FC, retaining the same experiences. With over 300 licensing partners on board, the game will hold rights to the same clubs, leagues, athletes, tournaments, and game modes. “Our unique licensing portfolio of more than 19,000+ players, 700+ teams, 100+ stadiums and 30 leagues that we've continued to invest in for decades will still be there, uniquely in EA Sports FC,” reads the blog post.

In a wild collaboration with Apple TV last month, FIFA 23 brought Ted Lasso into the game, alongside his fictional team AFC Richmond. This year's FIFA also comes packaged with two Women's leagues, support for cross-play, and promises a World Cup mode, in time.