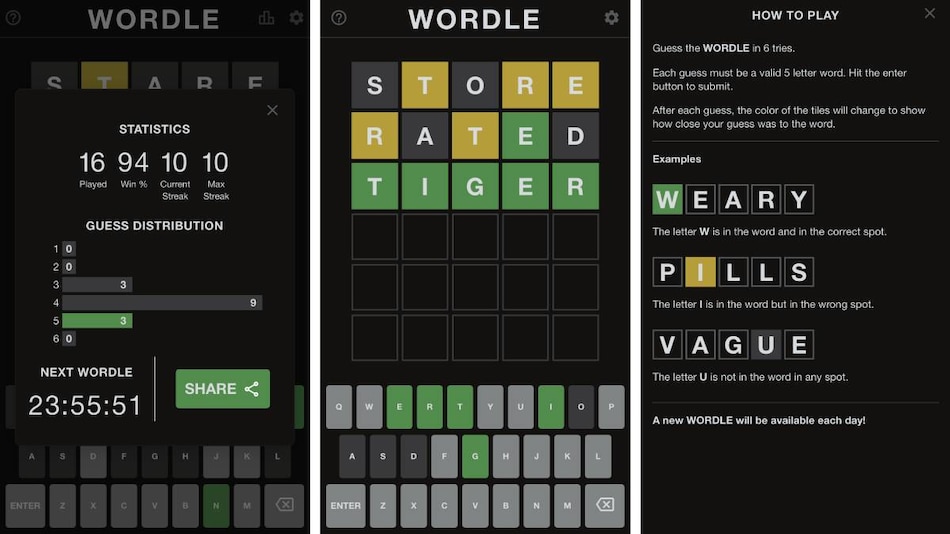 The Times changed Monday's answer to a different word, and a “vast majority” of users saw that

The New York Times moved swiftly to change Monday's answer to its daily Wordle puzzle out of fear that it would be seen as some sort of commentary on the debate over abortion rights.

The game, which became a sensation late last year and was bought by The Times in January, gives users six tries to guess a different five-letter word each day.

Yet The Times scrambled when it discovered that Monday's word, which had been entered into Wordle's computer programme last year, was “fetus.”

The timing was particularly fraught given last week's leaked report of a draft US Supreme Court decision that would strike down a 50-year-old ruling governing the ability of women to receive abortions.

The appearance of “fetus” was “entirely unintentional and a coincidence,” the newspaper said in a message to readers on Monday.

“At New York Times Games, we take our role seriously as a place to entertain and escape, and we want Wordle to remain distinct from the news,” the message said.

The Times changed Monday's answer to a different word, and a spokesman said that a “vast majority” of users saw that. But some people who had not refreshed their browsers saw “fetus” instead, spokesman Jordan Cohen said.

He would not say whether The Times had received any complaints about “fetus.”

Wordle was invented by Josh Wardle, a Brooklyn software engineer, as a gift for his partner and took off when he began posting it online. Players guess words and hone in on the correct answer as the game tells them if their guesses contain letters in the word of the day.

The Times bought his invention for more than $1 million (roughly Rs. 7 crore) and is revamping the technology to make sure every user is seeing the same word every day, the newspaper said. Cohen said millions of people play Wordle each day.