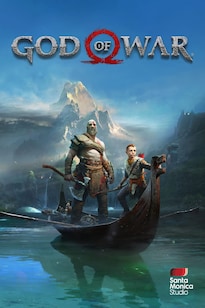 God of War for the PS4 is one of the few games this generation we've wanted to return to right after finishing off its main campaign. It's testament to how good its combat, exploration, puzzles, and lore are, compared to prior titles. Despite being the seventh game in the series - or eighth if you count its feature phone release - developer Sony Santa Monica has decided to name it simply God of War, as it is a reimagining of the franchise for the PS4. And it's not just the name that's changed.