Amazon Has a Big Advertising Business. Walmart Wants One Too 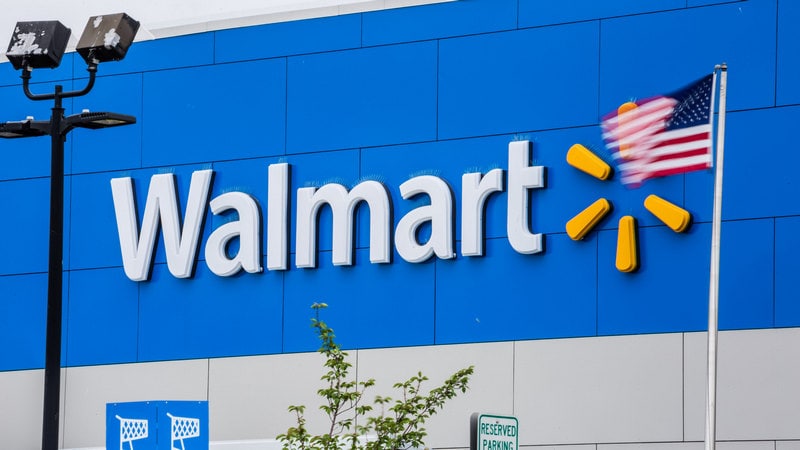 Walmart is big in almost every way-4,755 stores, 1.5 million employees and $380 billion (roughly Rs. 27,00,000 crores) in revenue in the US alone. But one part of the world's largest retailer remains minuscule.

"We have a tiny ad business," Chief Executive Officer Doug McMillon told investors in October. "It could be bigger."

With about 300 million shoppers visiting its stores each month, according to Forrester Research, and millions more on its websites, Walmart draws in more people than Google, Facebook, or Amazon. That audience, and the purchase data they generate, are catnip for big advertisers like Coca-Cola and Kraft Heinz. But Walmart and other retailers historically haven't done enough to convert that data into dollars, particularly online.

Having watched Amazon.com build a massive advertising business, brick and mortar stores are looking to do the same. Walmart, Target Corp. and grocery chains Kroger Co. and Ahold Delhaize are quietly courting big brands with a sales pitch that goes something like this: Facebook might know what your customers like, and Google might know what they want, but only we know what they actually buy.

"They have a nice story to tell advertisers," says David Tiltman, head of content at WARC, an advertising analysis firm. "What we see now is a more sophisticated approach to ad sales than retailers have had in the past."

That push comes at a critical moment, as mainstream retailers are under attack like never before from the likes of Amazon, deep-discount chains and digital upstarts embraced by coveted millennial shoppers. Walmart and others have responded by spending billions to jazz up their own websites and build out services like home delivery, but those investments crimp earnings. The tailwinds retailers enjoyed last year from tax cuts and brisk consumer demand will dissipate in 2019, and looming Chinese tariffs could muddle the outlook further.

All that uncertainty makes alternate revenue streams crucial, especially for grocers, which generate much skimpier margins than, say, fashion or luxury retailers. Kroger wants to generate $400 million in additional profit by 2020, with some of that coming from a new marketing unit that places web ads for the likes of Unilever and General Mills. Target's in-house media network has hundreds of clients including Oreo cookie maker Mondelez International. Walmart has hired executives from NBC Universal and CBS to help boost its advertising business.

The potential is vast: Last year US ad sales hit a record $208 billion, according to researcher Magna, and for the first time ever 50 percent of that spending was online. Facebook and Google combined gobble up more than half of those digital dollars, according to data tracker eMarketer, while Amazon gets only 5.5 percent.

That's an opportunity for retailers, which already have long-standing relationships with the big consumer brands that quietly pay them millions every year for prime shelf space. Those brands are also shifting marketing dollars away from traditional ad agencies, showcased by last week's surprise sales decline from French ad giant Publicis Groupe SA. But Walmart and its ilk will have to move fast: Amazon's ad business doubled in size last year, and 97 percent of brands who advertise on Amazon find it valuable, according to a survey by Feedvisor, which sells advertising and pricing software used by Amazon sellers.

Retailers have tried to capitalize on advertising before. About 20 years ago, Walmart unveiled its own in-store television network that showed product ads, movie trailers and music videos. By 2004, Walmart TV had 180 million monthly viewers, but the advent of digital media upended its channel in the same way it disrupted traditional networks. Now, retailers are paring data harvested from purchases and loyalty with analytical tools that promise advertisers bigger bang for their buck. Take Coca-Cola, which is running two campaigns right now with Peapod Digital Labs, a new entity formed by Stop & Shop owner Ahold Delhaize last year to boost its online growth. Before, Coke would have worked with a digital media company that relies on third-party data "which would get us close to the pin, but not close enough," says Jim D'Isidoro, director of shopper marketing for Coca-Cola North America. Now, with Ahold's data, he knows whether the ad translated into a sale among the customers he targeted."It's always been elusive to tease out the impact of the digital media we've run," he says. With Ahold, "we will have a better idea of what our return on investment is, and that gives us encouragement to invest more."

Coke's not alone. "Many consumer product companies are looking at their marketing spending and thinking the retailers' ecosystem might be a better place to spend it," says Bryan Gildenberg, chief knowledge officer at Kantar Consulting. Those in-house media networks will become a vital piece of retailers' business models, Forrester predicts, as they lure clients away from established ad agencies.

If that sounds far-fetched, consider Alibaba. The Chinese e-commerce giant already generates more than 60 percent of its revenue from advertising and last year acquired a stake in a digital ad firm. "The path forward for many retailers will depend on creativity and realizing profits in other ways," UBS analyst Michael Lasser says.

As they pursue that path, Amazon's ad network will continue to blossom, however. Executives at the online giant ominously said in January that they see potential for advertising not only on Amazon's sites "but also potentially beyond," meaning across the entire web, in Whole Foods Market stores, and even on their ubiquitous delivery boxes. For traditional retailers, advertising is yet another front in their battle with the online giant.

"In an Amazon world," says Tory Gundelach, a former Target and Kroger exec who's now at Kantar Consulting, "retailers have to make money beyond just selling products."