Battle of the Streaming Services: Which Is the Best Premium Video Service Right Now?

In a battle of technical capabilities, which streaming service will come out on top? 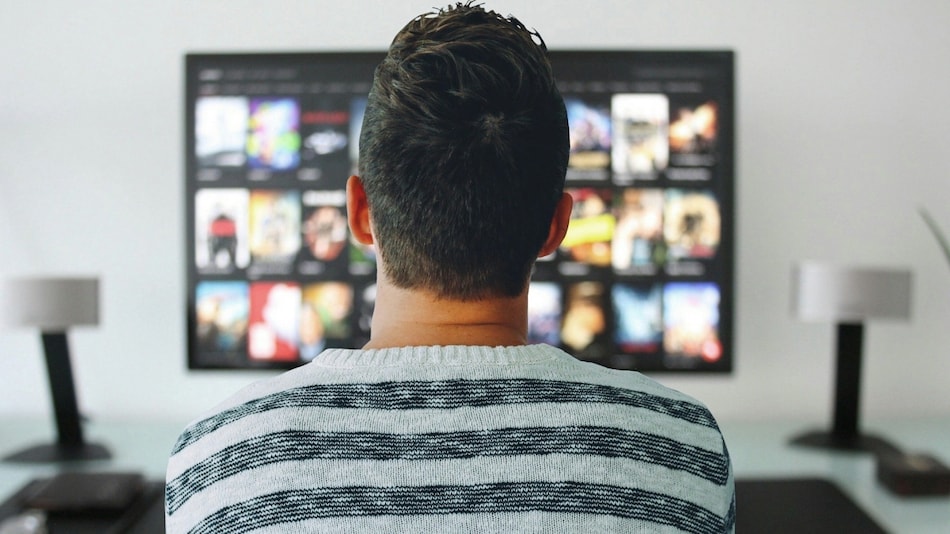 Netflix is the most expensive of the lot, and offers 4K and Dolby Vision content

Video streaming has taken off in a huge way in India ever since Netflix and Amazon Prime Video launched here in 2016, following India's own streaming service, Hotstar which started off a year earlier in 2015. There are also numerous other premium and free services in the country with content in various regional languages as well as Hindi and English.

Between the big streaming platforms, viewers have a lot of choice these days. The decision still sometimes comes down to the content that's available, but the libraries keep changing, so you should also be thinking about the technical quality of content, as well as pricing.

With this guide, we hope to give you a clear picture of what's on offer, how much it costs, what kind of equipment you'll need, and which of these services can help you get the best out of your gear. Read on to find out all you need to know about the best streaming services in India.

All of the services in our comparison feature a combination of English, Hindi, and regional language content for India. Some of them also have vast catalogues of original and exclusive content created specially for their platforms, giving users a strong reason to sign up.

Apple and Google offer access to recent movies through a rent-or-purchase model. Rentals are priced lower but expire within a certain amount of time, so you'll only really be able to watch each one once. Purchases place the title in your library for unlimited viewing.

The streaming services being compared here are priced quite differently, based on the usage model as well as the various tiers on offer. While some are expensive, others are much more affordable with India-focused pricing.

The service does offer a lot of Ultra-HD and HDR content in the Dolby Vision standard, so this plan makes sense if you have a high-end 4K TV. While the cheapest plan only works on smartphones and tablets, the rest work on all supported devices including computers, smart TVs, and streaming devices.

Amazon Prime Video: Like in the US, Amazon Prime Video comes as part of the Amazon Prime subscription in India. This also includes shopping benefits such as free shipping for many orders and early access to deals, as well as Amazon Prime Music streaming and Prime Reading ebooks. All of this is available for Rs. 129 per month or Rs. 999 per year, making this the best value offering in the segment in India.

There are no tiers based on quality or features; the current plans give all users unlimited access to the entire catalogue of movies and TV shows at all supported resolutions and formats.

The more expensive Premium plan costs Rs. 299 per month or Rs. 1,499 per year, and has all of the above, along with Disney+ original shows and other content in English, and licensed movies and shows.

Google Play Movies: This service is pretty much the same as YouTube movie and TV show rentals, with purchases and rentals synchronising between the two regardless of which service you use. Google Play Movies isn't a subscription service; instead, you rent or buy movies which can then be viewed on any supported device. Rentals are naturally much more affordable (starting as low as Rs. 25), but have limitations in terms of how long you have to watch the movie. Purchases cost around Rs. 500 and up.

The advantages of Google Play Movies are access to recent movie releases and excellent support for Android devices and the Android TV platform. The cost might seem high considering that other services offer unlimited access for a flat fee, but you don't always get new releases quickly on other services.

Apple TV / Apple TV+: Apple TV (the core service) works pretty much the same way as Google Play Movies, with titles available for rental or to purchase. The content library consists of movies from all eras, including many popular new titles that are available soon after their theatrical releases.

Apple TV+ is a subscription service within the Apple TV ecosystem that costs Rs. 99 per month. It offers a growing catalogue of original shows produced by Apple.

When it comes to app and device support, the various services have some big differences. Platform-neutral services such as Netflix and Hotstar support the most operating systems and devices, and give a fairly uniform user experience regardless of what device you're using them on. Both work on Android, iOS, Amazon Fire TV, Apple tvOS, Android TV, and through a Web browser on most computers.

Amazon Prime Video is also available on all major device platforms in India, but has the best user experience when used with Amazon's own Fire TV devices such as the Fire TV Stick 4k.

Google Play Movies works best on Android and Android TV, and there is also an app available on iOS for the service. Although there isn't a dedicated app for Fire TV, you can access your library through the YouTube app.

Apple TV and Apple TV+ are primarily available for Apple devices, including the iPhone, iPad, Mac, and Apple TV ranges of hardware. Interestingly though, the service was made available for Amazon Fire TV devices last year as well, and you can access your library to view content this way.

Some of these services also work on the Roku, Samsung, and LG smart TV and streaming device platforms, further extending their reach to more viewing devices.

With Ultra-HD and Dolby Vision available on televisions priced at under Rs. 30,000 now, quality content to play with the hardware is even more useful. Netflix, Amazon Prime Video, and Apple TV all offer huge catalogues of Ultra-HD content, with practically all original shows and movies on these platforms now being produced at the highest resolution.

That said, a lot of content on these platforms produced by other studios is still capped at a maximum resolution of full-HD. Google Play Movies and Disney+ Hotstar max out at full-HD in India for now. Both services offer 4K resolution content in other countries.

Much of Netflix's original content is 4K and Dolby Vision enabled

Netflix and Apple TV lead the way in India with support for high dynamic range content up to the Dolby Vision standard. Practically all shows originally produced by Netflix and Apple for their streaming platforms are created supporting Dolby Vision, with Netflix even offering this on its new movies and TV shows being produced in India. These technologies also work on supported mobile devices, interestingly.

Amazon Prime Video doesn't offer Dolby Vision in India yet, but does have a huge list of shows and movies available with HDR10 encoding. Disney+ Hotstar and Google Play Movies don't offer any picture enhancing technologies; you only get basic standard dynamic range here.

If you have a decent audio system connected to your home viewing setup, or your mobile device supports sound enhancement technologies, some of these streaming services offer additional features. Dolby Atmos is supported on limited titles on Netflix and Apple TV, while regular Dolby Audio and 5.1-channel surround sound are supported on a much wider range of movies and TV shows, even on Amazon Prime Video and Disney+ Hotstar.

Netflix supports HDR even on supported smartphones, but you have to be on the Rs. 799 per month plan for this

Hotstar and Google Play Movies don't quite match up to the standards set by the others in this comparison for a number of reasons. For one, their low peak resolutions and lack of picture enhancement technologies holds them back, while low bit-rates also tend to affect how clean the picture looks. However, this also ensures that these two services work best on low-speed connections, including on mobile data or mobile hotspots, without too much buffering or resolution switching.

On technical prowess, there are two clear winners here. Netflix and Apple TV offer the best picture and sound quality, with much of their catalogues geared for Ultra-HD resolution, Dolby Vision HDR, and Dolby Atmos sound. Amazon Prime Video follows closely behind, falling short only on lack of support for Dolby Vision. Hotstar and Google Play Movies trail on these parameters, with resolutions capped at full-HD and overall picture quality falling a bit short.

In terms of content diversity and quality, all of the services here have some advantages. Netflix, Amazon Prime Video and Apple TV+ have huge catalogues of original and exclusive content, while Disney+ Hotstar benefits from Disney's global productions and Hotstar's excellent Indian language and sports content. Apple TV and Google Play Movies offer access to new movies, usually much earlier than when they become available on the other streaming services.

Netflix is the most expensive of the services here, but offers enough by way of content and performance to justify the pricing. If you have a high-end Ultra-HD television with support for Dolby Vision or even a decent smartphone that supports HDR, we'd recommend you get the Rs. 799 per month plan to properly put it to use. If you've got Apple devices, giving Apple TV and Apple TV+ a try will be worth your while.

Amazon Prime Video and Disney+ Hotstar have their drawbacks, but both of these services are also very affordable and offer good quality content. Google Play Movies is a good option to try if you have an Android or Android TV device, and want to watch some of the newer movies that you missed catching in the theatres.