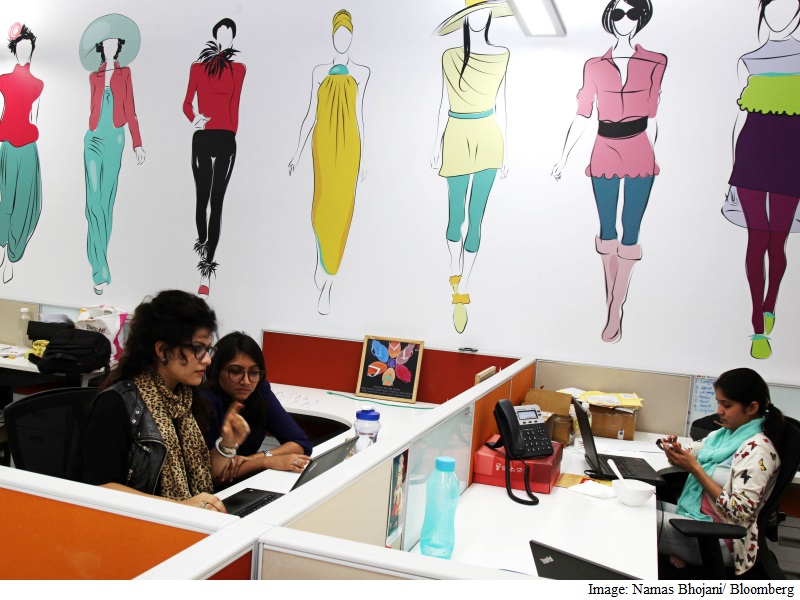 Craigslist could learn a thing or two from Quikr. The Indian equivalent of the free classifieds service publishes product ratings, handles payments and shipping and crucially releases payment only after a buyer gives their purchase a once-over and a virtual thumbs-up.

In so doing, the site that lists for sale everything from smartphones to cars is trying to solve problems familiar to every local flea-market bargain-hunter: the typically loud and messy business of haggling, unwieldy transport, and a distrust of smaller merchants. The app's manifold services illustrate the extent to which local companies have to innovate and tailor their approaches in a hyper competitive market.

"We are trying to make it as easy as buying something new," said Pranay Chulet, whose eight-year-old Quikr is backed by Warburg Pincus and eBay. "Instead of the Western 'we'll connect you and you go figure the rest' approach to classifieds, we Indian-ized it."

India is shaping up to become the next big e-commerce battleground for global players from Alibaba Group Holding and Amazon to local champions Flipkart and Snapdeal. Despite concerns that industry valuations may have gotten ahead of present reality, with a Morgan Stanley fund writing down its Flipkart stake by more than a quarter, the lure is a $25 billion (roughly Rs. 1,66,397 crores) market growing at up to 40 percent annually that's still considered virgin territory. A historic rate of first-time smartphone usage and under-developed logistics and payments render the industry ripe for investment.

India's attraction is growing also because China and the US have been staked out by a handful of operators.

The country draws frequent comparisons to China, that other vast Asian market that in the past decade learned the ropes of online commerce and welcomed foreign investors. Yet eBay pulled out after taking a drubbing from Alibaba, while Amazon has struggled to make headway. Contrast that with India, where the US leader ranks No. 3 and Alibaba is a major investor in both Snapdeal and rising payments provider Paytm Mobile Solutions Pvt.

"India is the last big thing in e-commerce," said Nandan Nilekani, the billionaire co-founder of IT services firm Infosys Ltd. and an active startup investor. China created indigenous companies in most spaces and blocked US firms, yet the Chinese themselves haven't been successful in the US, he said. "Now, both Chinese firms such as Alibaba and American players like Amazon see India's open market as a huge opportunity."

To be sure, the playing field isn't exactly level. India caps foreign ownership of retailers selling multiple brands at 51 percent forcing them to seek out local partners and only last year relaxed curbs on single-brand retail to allow companies such as Apple Inc. to open stores. Taxes on goods and services vary from region to region.

Prime Minister Narendra Modi, however, has pledged to be more open to foreign investment and untangle byzantine regulations. And India is open compared with China, says Mahesh Murthy, co-founder of early-stage investor Seedfund.

"About 50 percent of India's Internet economy is made up of Google, Amazon and Facebook," he said. "We have an open economy where Indians, Chinese and Americans can all go head-to-head."

For much of India, e-commerce isn't just an alternative. It's often the only option.

Unlike the superstores of America, physical retail is dispersed. And while Alibaba and JD.com Inc. mesh nationwide delivery with online shopping, Indian e-commerce remains relatively fragmented. Technology could help bridge online shopping with logistics and payments, said Gautam Chhaochharia, head of India research at UBS Securities India Pvt. "India is very well-suited to drive e-commerce as well as benefit from it," he said.

Another divergence with the West or even China both of which grew familiar with the Internet through the personal computer India is mobile-led and often mobile-only. The growth of the smartphone user base in India outpaces China's, let alone the US India could have half a billion users in the next five years, Nilekani said.

"Nowhere in Internet history has a country added five to six million users every month as India is doing through smartphones," said Quikr's Chulet, whose startup was valued at over $1 billion (roughly Rs. 6,655 crores) in a 2015 funding round that included Sweden's AB Kinnevek.

But entrepreneurs have to fashion India-specific molds. "I stay awake at night thinking of how to innovate in India for India," he said.

"The e-commerce landscape will grow five or six times in the next few years. Who's going to capture it?" Nilekani asked.