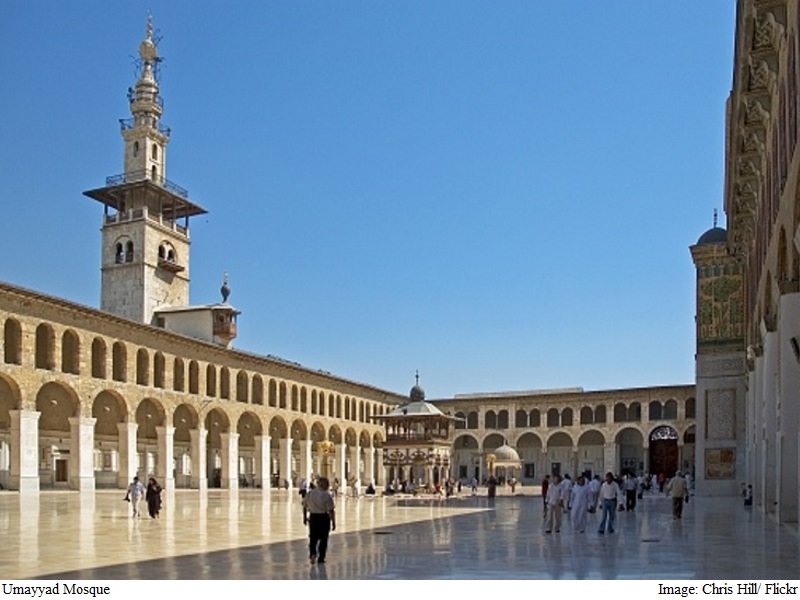 3D reconstructions of some of Syria's most spectacular archaeological sites go online Tuesday after a big push to digitalise the war-torn country's threatened heritage.

French digital surveyors have been working with Syrian archaeologists to map some of the country's most famous monuments after Islamic State jihadists sparked international outrage by blowing up two temples in the UNESCO World Heritage Site of Palmyra last year.

The eighth-century Umayyad Mosque in the capital Damascus - regarded by some as the fourth holiest place in Islam - and the Krak des Chevaliers Crusader castle near the ravaged city of Homs are the two most famous buildings to have been scanned in minute detail.

Photogrammetric technology developed by the French startup Iconem has also been used to record the Roman theatre in the coastal city of Jableh and the Phoenician site in the ancient port of Ugarit, where evidence of the world's oldest alphabet was found.

Its technicians have also been working alongside 15 specialists from the Syrian Directorate General of Antiquities and Museums (DGAM) to digitalise some of the country's major museum collections.

Hundreds of important heritage sites have been sacked or destroyed during the five-year conflict, with the destruction of the first-century temples of Bel and Baalshamin in the ancient desert city of Palmyra causing a global outcry.

Full-size replicas
The Islamic State group has made a point of razing ancient shrines and statues it considers as idolatry and is also suspected of involvement in the illegal sale of antiquities.

Work on the "Syrian Heritage" database, the biggest 3D record of the country's monuments and treasures, began in December and includes a large number of Ottoman-era buildings in Damascus as well as its 11th-century citadel, which looms over the city.

The head of DGAM, Maamoun Abdulkarim, said the operation was essential to "avoid an irreplacable loss to humanity" given "the dramatic situation in our country".

"This solution gives our archaeological sites a real hope of renaissance and allows the memory of them to be preserved, no matter what happens," he added in a statement.

The drive, carried out with the help of the French grande ecole ENS and the research institute INRIA, is one of a number trying to catalogue sites in danger of falling into the line of fire.

The Institute for Digital Archaeology, created by Oxford and Harvard universities and Dubai's Museum of the Future, is also compiling a record of many vulnerable sites in Syria and neighbouring Iraq.

It has handed out 5,000 low-cost 3D cameras to archaeologists and NGOs with the hope of gathering a million images of threatened sites.

The Million Images Database hopes be fully online by the end of the year and will display life-size replicas of Palmyra's destroyed triumphal arch in New York's Times Square and London's Trafalgar Square in April.

The replicas of the arch, blown up by IS jihadists in October, are being made with the world's largest 3D printer.

France's culture minister had earlier floated the idea of a 3D recreation of the ancient city, known as the "Pearl of the Desert", based on photos taken by tourists over the years.

Apple, Google to Face EU Lawmakers Over Tax Deals
Twitch's New Initiative Aims to Put Game Streaming at the Centre of Everything