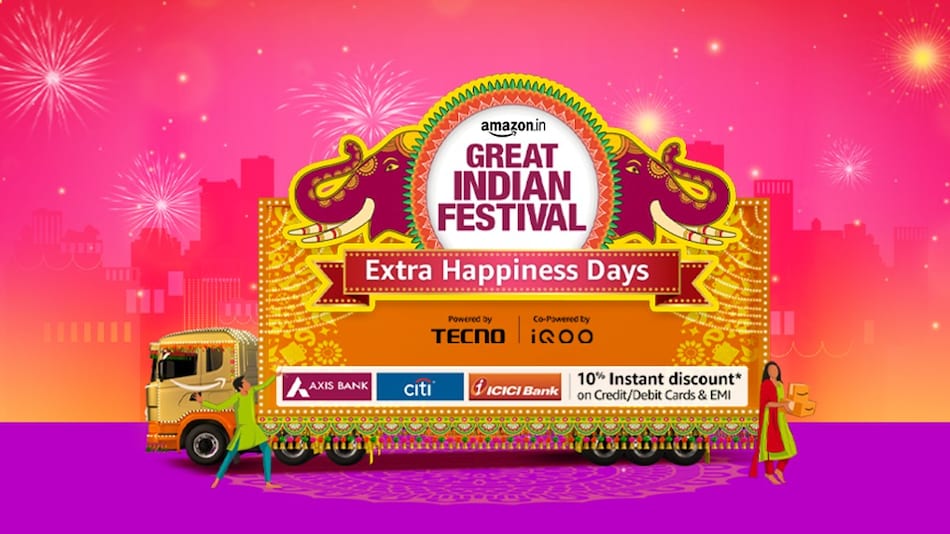 E-commerce platform Amazon India has recorded the highest growth in the festive season sale, with 80 percent of the buyers coming from Tier 2 and beyond towns.

Mobiles and accessories saw strong double-digit growth this season as compared to Amazon Great Indian Festival (AGIF) 2021 and 5 times higher when compared to average business days, with 80 percent of customers coming from Tier 2 and 3 cities.

While the company did not disclose details of overall sales that it registered during AGIF 2022, Amazon India Vice President Manish Tiwary said "it has been the best-ever festival sale" for the company.

The e-commerce platform saw a strong uptake in the mid-range price segment with around 80 percent sold in sub-Rs. 15,000 category.

Over 1.5 million new customers shopped from Amazon Fashion and Beauty, with more than 85 percent from Tier 2 cities and beyond, the report said.

Most of the buyers used credit cards for purchasing products on the platform.

Every 8 out of 10 shoppers had access to credit through products like Amazon Pay Later, debit card EMI, credit card EMI, NBFC EMI and others.