Apple Music Now Has 100 Million Tracks in Its Catalogue

Apple Music is available on various platforms, including iOS, Android, macOS, and more. 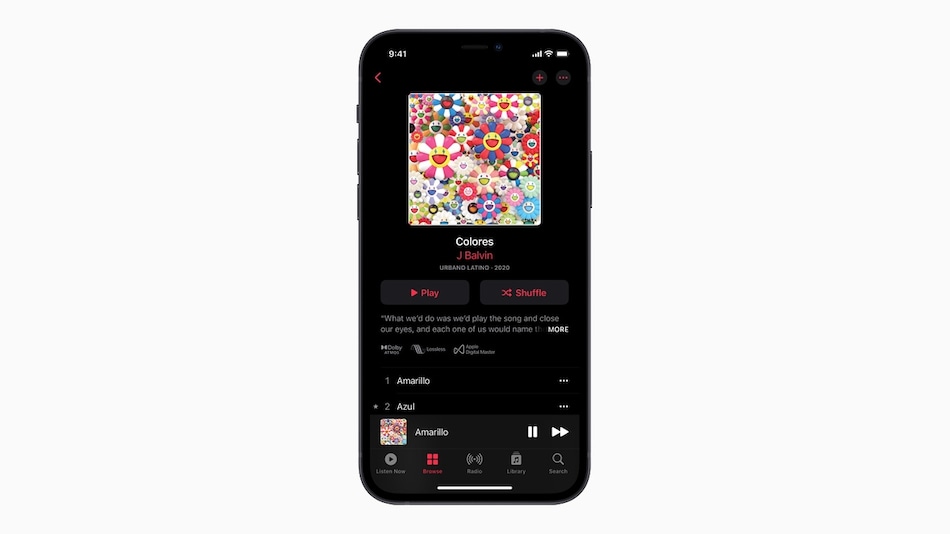 Apple Music was launched globally in 2015, and has improved significantly since then

Apple Music now has over 100 million tracks available to stream by subscribers to the service, as per an announcement by the company. Since the launch of the music streaming service in 2015, Apple Music has steadily grown its catalogue and added various features and improvements such as lossless audio streaming and Dolby Atmos support, and is also available on multiple platforms such as iOS and Android. As per Apple, around 20,000 new tracks are being added to Apple Music's catalogue every day, as the streaming service now has considerably more tracks than rival Spotify.

The music streaming service from Apple was announced in June 2015 at WWDC, and has since made it to 167 countries and regions across the world. The service is available in India, starting at Rs. 49 per month for the voice plan, or Rs. 99 per month for an individual plan which allows access on multiple devices. All of this is available not only for Apple's own platforms and devices, but also for Android, web, and smart speakers, among others.

In comparison, rival Spotify claims to have over 80 million tracks in its catalogue, with more flexible pricing plans in India that start at Rs. 7 per day. Apple Music does have the advantage of bundled plans for iOS users, notably the Apple One plan which includes access to Apple Arcade, iCloud storage, and Apple TV+ in addition to Apple Music.

Apart from the milestone of 100 million tracks, Apple's music streaming service also rolled out support for lossless audio, Spatial Audio, and Dolby Atmos in 2021, with no increase in pricing for consumers.