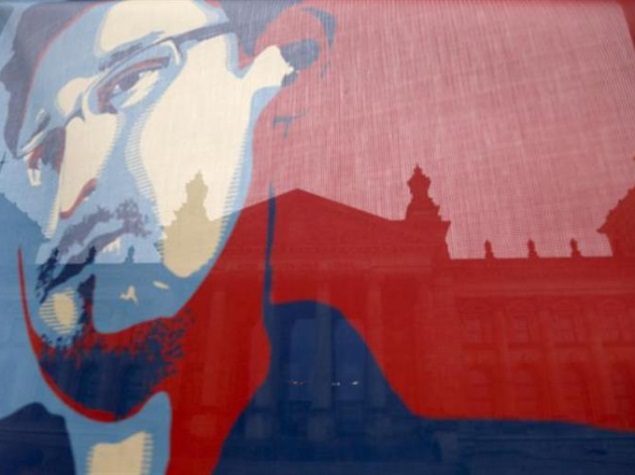 European IT security firms have flocked to the world's biggest high-tech fair with hopes of benefiting from the fallout from shock revelations of mass US and British spying.

Exactly a year ago, Chancellor Angela Merkel vaunted her new, ultra-secure Smartphone at the opening of the same fair, the CeBIT, in the northern city of Hanover.

Revelations that US intelligence allegedly eavesdropped on her mobile phone conversations and hoovered up vast amounts of online data and telephone records from average citizens have since sent shockwaves around the world.

German firm Secusmart, which provides the security features for the German government's telephones, says it has now been approached by several other governments.

Secusmart chief Hans-Christoph Quelle declined to name the governments in question but stressed his business had seen a knock-on effect from the leaks by rogue US analyst Edward Snowden.

But he added: "Snowden has already changed things because at that time (in 2013 when Merkel showed off her new phone) everybody thought that only mobile networks are unsecure.

"But we learned with Snowden that all voice calls are unsecure."

Secusmart has this year teamed up with Britain's Vodafone to create an app to allow businesses to keep all telephone communications, including conference calls, secure.

Thanks to this new app, as well demand for the ability to ensure conversations are kept safe having increased "dramatically", Secusmart is banking on 20-percent growth, Quelle said.

It is far from alone in eyeing new business in the wake of the Snowden leaks.

Among CeBIT's sprawling layout, one entire hangar-like hall has been turned over to IT security, with around 500 companies offering specialised solutions, many from Europe and Asia.

By casting doubt on the confidentiality of data in the digital world, the scandal over mass spying "has shown consumers everywhere in the world the importance of protecting data," Dieter Kempf, head of German IT industry lobby BITKOM, told AFP.

According to the European Information Technology Observatory, a platform managed by a subsidiary of BITKOM, two thirds of European companies want to invest in security measures.

'Wake-up call'
Security analyst Oliver Rochford at the Gartner research company said the spying scandal and the debate it had whipped up would "offer opportunities" to those European companies with products ready to hit the market.

He also spoke of a "wake-up call" for Europe, a phrase also used during a visit to the CeBIT by EU Commissioner Neelie Kroes, who is responsible for digital agenda issues.

However, cashing in on the scandal that started with revelations about a mass spy programme by the US National Security Agency, is a delicate path for IT companies to tread.

"A lot of folks that we talk to have become very suspicious and don't really know quite what to do because the trust is not really there," he added.

According to US-based technology and market research company Forrester Research, the US high-tech sector the first to be hit in terms of a loss of confidence could lose up to $180 billion (130 billion euros) in sales by 2016.

As the World Wide Web notches up its 25th birthday, some companies are promoting the regional anchoring of digital data as one way to reassure consumers.

At CeBIT, German operator Deutsche Telekom targeted medium-sized companies with an offer including its "Made in Germany" cloud where its remote data storage centres are located in the country.

The telecoms giant has also teamed up with two other leading German providers of electronic messaging to ensure securer mails between the three, in an initiative christened "Email Made In Germany".

The debate triggered by Snowden's leaks about privacy has been heated. But Tom Reuner, a UK-based analyst at Ovum, pointed out that companies have to make choices in their IT spending.

"For large companies, of course, there's a lot of investment in (security). But it's like insurance, are you willing to pay the premium?