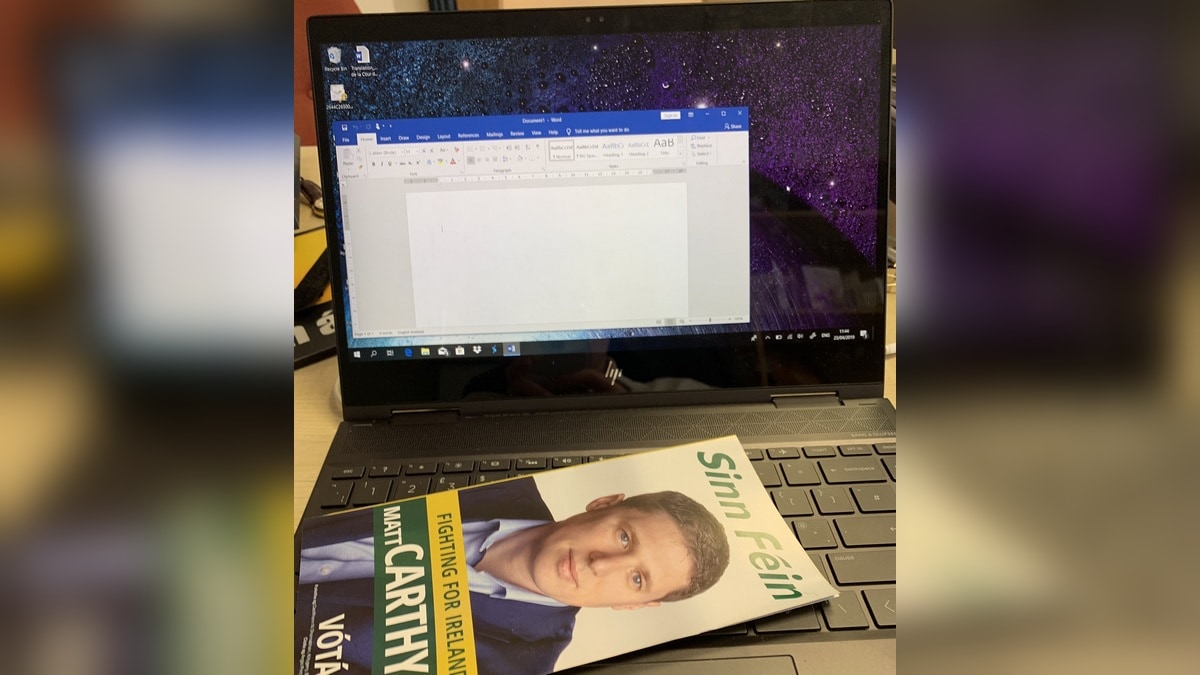 Face unlock, especially on smartphones, has garnered a bad reputation for being unreliable or prone to being tricked. But it appears that laptops are no better, which means if you are worried about the security of sensitive content on your PC, maybe the good ‘ol password or a fingerprint pattern will be the more reliable choice. A member of the European Parliament recently learned it the hard way when his kids bypassed the face unlock feature on his laptop using a leaflet with his face printed on it. The incident has attracted responses ranging from comments lauding the kids' wit to some that cry foul about the flawed security measure.

Matt Carthy, the elected Member of the European Parliament (MEP) from the Midlands-North-West constituency of the European Parliament in Ireland, is the man who was failed by the face unlock system on his laptop. Carthy was apparently perplexed regarding the low battery levels on his laptop, which appear to be an HP Spectre-series device - which we know features Windows Hello facial recognition. In a tweet, which was accompanied by a photo, he revealed that his kids had been fooling the face unlock system by holding a copy of an election leaflet with his face on it, and then proceeded to use it, draining the battery in the process.

“Turns out the kids have been using my election leaflets to get through the facial recognition lock... I'm not sure whether to be proud by the wit or concerned by the sneakiness?" Carthy wrote in his tweet. The incident has garnered a wide range of reactions from the online community, with some of them raising doubts about the security aspect of face unlock on laptops, while a few asked that the kids be praised for their clever technique.

A similar face unlock fiasco that received widespread publicity happened last year when the OnePlus 6's face unlock feature was tricked by a printed photo of the device owner's face. With laptops now becoming the victim of face unlock, it appears that users will have to switch back to alphanumeric passwords or use fingerprint patterns in order to secure their PC, rather than entrusting their friends with deleting their browsing history in case they depart the mortal plane.