Ikea India announced the official start of Mumbai operations on Monday, online ordering and delivery has been unofficially open for more than a week now. 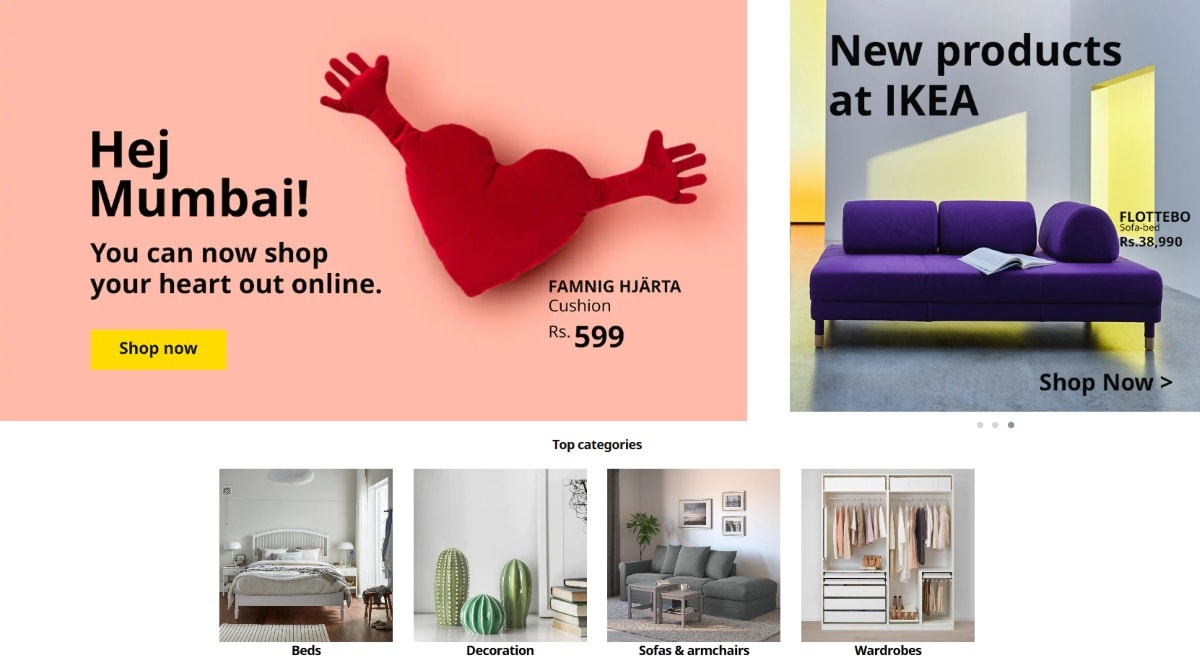 Ikea Mumbai operations began on Monday, though online orders have been open since last week

Mumbai residents can now order online from Ikea, with the Swedish furniture giant officially kicking off operations for India's financial capital on Monday. This makes Mumbai the first Indian city where Ikea will service online orders, and the second — after Hyderabad — where customers have access to Ikea's catalogue of products. Technically speaking, Ikea's online deliveries will cover the greater Mumbai region, including the cities of Mumbai, Navi Mumbai, and Thane. Unlike the likes of Amazon, Flipkart, and local furniture competitors Pepperfry and Urban Ladder, Ikea isn't offering free delivery as of now. Instead, you'll have to pay a minimum Rs. 199 for delivery, with costs rising as the product weight does.

Though Ikea India announced the official start of Mumbai operations on Monday, online ordering and delivery has been unofficially open for more than a week now, Gadgets 360 understands. But while you had to work your way around a website that was built for Hyderabad residents earlier, there's now a dedicated section for Mumbai shoppers on the Ikea India website, which highlights the products that are available, in addition to early bird offers — valid till August 31 — to incentivise purchases. For further potential discounts, you can also sign up for the free Ikea Family membership, which then grants you access to special prices on certain items.

For Ikea, the Mumbai-only online store represents a new strategy in tackling India, an untapped market where the Swedish company took five years to launch its first store, in HITEC City, Hyderabad last year. A second store in the MIDC Turbhe region of Navi Mumbai, under construction since 2017, is expected to open later this year. (Currently, Ikea is using a distribution centre in Pune's Chakan Industrial Area to service online orders for the greater Mumbai region.) And as part of the new strategy, Ikea will also set up smaller outlets and pick-up centres across Mumbai, with the aim to reach 49 Indian cities by 2030.

While the Ikea website is now accepting online orders for those living in Mumbai, Navi Mumbai and Thane, the Ikea app for Android and iOS doesn't seem to have been updated accordingly. We will update this piece if we spot any changes.