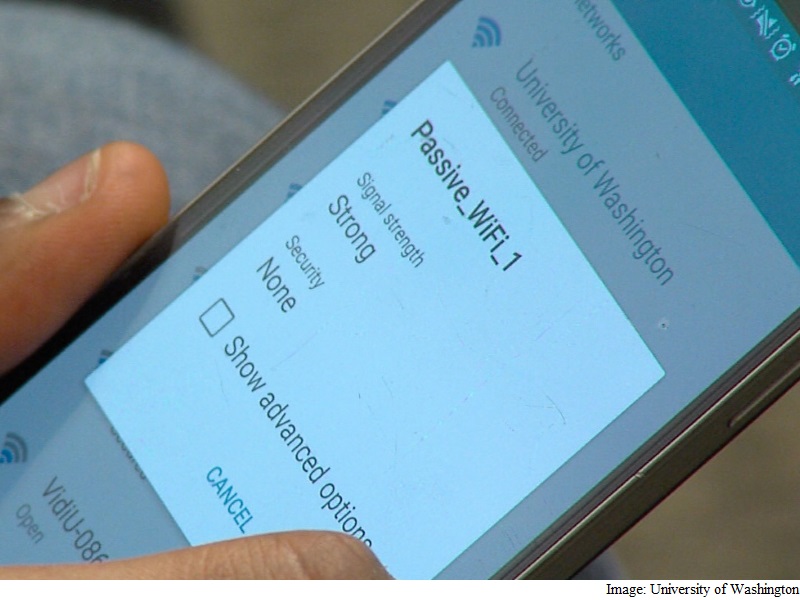 In an effort to curb battery drainage as you use Wi-Fi to play games or watch movies, a team of engineers including Indian-origin researchers has demonstrated that it is possible to generate Wi-Fi transmissions using 10,000 times less power than conventional methods.

"We wanted to see if we could achieve Wi-Fi transmissions using almost no power at all. That is basically what 'Passive Wi-Fi' delivers. We can get Wi-Fi for 10,000 times less power than the best thing that's out there," said study co-author Shyam Gollakota, assistant professor of computer science and engineering.

"Passive Wi-Fi" can for the first time transmit Wi-Fi signals at bit rates of up to 11 megabits per second that can be decoded on any of the billions of devices with Wi-Fi connectivity.

These speeds are lower than the maximum Wi-Fi speeds but 11 times higher than Bluetooth.

Apart from saving battery life, wireless communication that uses almost no power will help enable an "Internet of Things" reality where household devices and wearable sensors can communicate using Wi-Fi without worrying about power.

"All the networking, heavy-lifting and power-consuming pieces are done by the one plugged-in device. The passive devices are only reflecting to generate the Wi-Fi packets, which is a really energy-efficient way to communicate," explained co-author Vamsi Talla, electrical engineering doctoral student.

To achieve such low-power Wi-Fi transmissions, the team essentially decoupled the digital and analog operations involved in radio transmissions.

The Passive Wi-Fi architecture assigns the analog, power-intensive functions - like producing a signal at a specific frequency - to a single device in the network that is plugged into the wall.

In real-world conditions on the university campus, the team found the passive Wi-Fi sensors and a smartphone can communicate even at distances of 100 feet between them.

Because the sensors are creating actual Wi-Fi packets, they can communicate with any Wi-Fi enabled device right out of the box.

"Our sensors can talk to any router, smartphone, tablet or other electronic device with a Wi-Fi chipset," noted electrical engineering doctoral student Bryce Kellogg.

The technology can enable entirely new types of communication that haven't been possible because energy demands have outstripped available power supplies. It could also simplify our data-intensive worlds.

"Now that we can achieve Wi-Fi for tens of microwatts of power and can do much better than both Bluetooth and ZigBee, you could now imagine using Wi-Fi for everything," said Joshua Smith, associate professor of computer science and engineering.

The technology has also been named one of the 10 breakthrough technologies of 2016 by the journal MIT Technology Review.

A paper describing those results will be presented in March at the 13th USENIX Symposium on Networked Systems Design and Implementation in California.

Infosys CEO Vishal Sikka Gets 2-Year Extension
Freedom 251: 30,000 Units Sold, Components for Up to 2.5 Million Will Be Imported