Are We in a Recession? Don't Ask Wikipedia

Following a furious editing duel of the relevant pages, Wikipedia suspended most changes to entries for “recession” and “business cycle.” 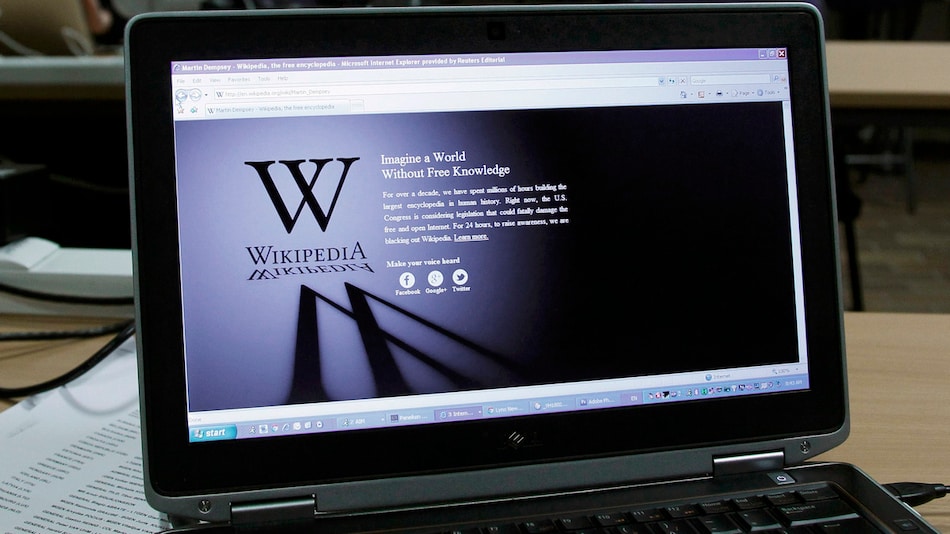 The swirling controversy over how to define the term “recession” has now hit Wikipedia. After partisans engaged in a furious editing duel of the relevant pages, Wikipedia suspended most changes to the entry for “recession” as well as “business cycle.” Depending on one's politics, the decision represents either a last-ditch effort to preserve the site's neutrality or a caving to ideological interests. Whichever side you're on, you should be glad the fight is being fought ... and confident that it will soon blow over.

Although Wikipedia, one of the most visited sites on the Web, repeatedly insists that its articles should never be used as the sole source for any particular fact, the site's pages are increasingly treated as authoritative in news articles and scholarly papers alike.

The good news is, we've been down this road before.

Locking Wikipedia pages to prevent partisan edits is nothing new. Joe Biden's entry is partly locked after repeated episodes of what the site calls vandalism. So is Hillary Clinton's. So is Donald Trump's page, which foes kept deleting in its entirety. And nobody will be surprised to learn that the page designated “2021 United States Capitol Attack” is also partly locked. Fierce argument rages even over what the page should be called.

Wikipedia's senior editors have also taken action when battles have erupted over issues other than electoral politics. In 2017, they locked Garfield's page (the cat, not the president) after a dispute over the cartoon character's gender exploded into “a 60-hour editing war.” During Dave Gettelman's tenure as general manager of the New York Giants, edits to his page were suspended after vandalism by angry fans, one of whom altered Gettelman's job description to read “ruining” the team. And let's not leave out the infamous episode where Wikipedia locked the entry on the Whopper sandwich sold by Burger King after someone altered the list of ingredients to read ... well, let's not get into that.

But if angry disputes and temporary suspension of editing are so common, why don't we remember them?

Because they always settle down.

We know this because social scientists, fascinated by Wikipedia's belief that we can successfully crowd-source even the most abstruse or technical knowledge, have spent years studying how the site is edited.

For example, researchers have long understood that Wikipedia edits tend to increase sharply in response to intense politicisation of a current issue, as well as in response to other major social disruptions, such as the outbreak of disease. But no matter how large the initial flurry of Wikipedia alterations when an event that grabs the public's interest, over time the editing patterns regress to the mean.

On the other hand, although editing bots on Wikipedia engage in sustained and often destructive warfare, their influence may be waning. An analysis published in April 2022 reviewed all references added to Wikipedia articles through June 2019 and found not only a large upswing in sources denoted by such identifiers as ISBN or DOI, but also that the great majority of additions were made by human beings (that is, not bots) who were registered users (that is, not anonymous). In other words, no matter what fights are going on, the sourcing of actual facts seems to be getting better.

Yes, in Wikipedia editing as elsewhere, the Resistance lives. And as the recent struggle over the definition of recession reminds us, whatever one wishes to call the opposite sentiment lives as well. The editors are volunteers. Some are experts, some are amateurs; some are calm, some aren't. It's not surprising that major arguments sometimes break out, and can at times become petty and vicious.

But this inevitable truth shouldn't be discouraging. When knowledge is crowd-sourced, sharp disparities of viewpoint should be considered a good. A 2019 study in Nature Human Behavior concluded that the best Wikipedia articles often result when the editors are politically polarised – even when the articles in question are about not politics but science. After examining the “talk” pages (where Wikipedians argue over content) the authors found that “ideologically polarised teams engage in longer, more constructive, competitive and substantively focused but linguistically diverse debates than teams of ideological moderates.”

Hmmm. Constructive, substantive, focused debate. Where else do we find that online? Perhaps lurking in all this data is a “median editor theory” under which articles will over time move away from the extremes toward a consensus.

It's unfortunate that the dispute over what constitutes a recession has grown so heated that editing had to be suspended. But if history is our guide, cooler heads will soon prevail, Wikipedia's entry will settle around a relatively neutral view, and those looking for a fight will move on to the next newsy topic.

Soulbound Token Explained: Here's Everything You Need to Know
Gucci Ups Its Web3 Game, To Accept ApeCoin Payments in Select US Stores