After many rumours and much anticipation, Macs with Apple Silicon SoCs are here 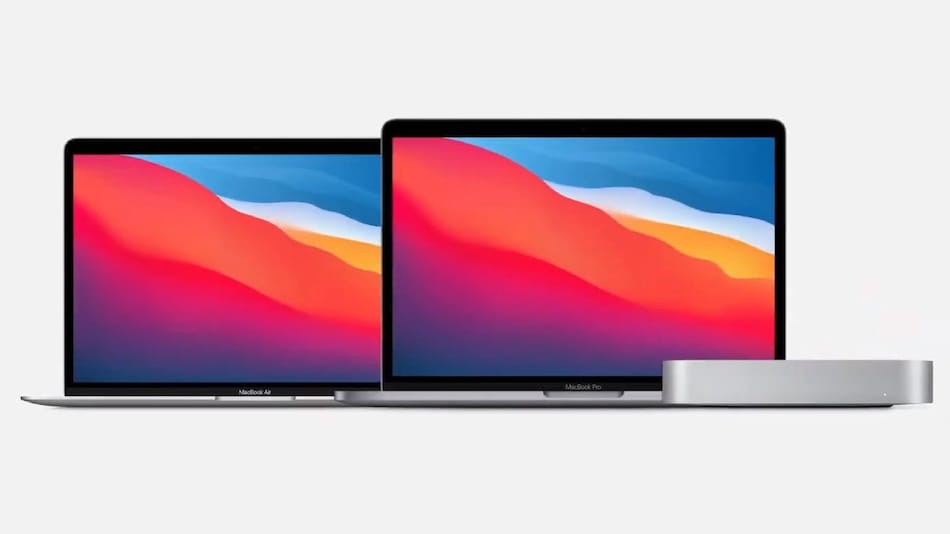 Apple has just unveiled new versions of its popular MacBook Pro 13-inch, MacBook Air, and Mac mini computers powered by its in-house Apple M1 SoC. Apple announced earlier this year that it would begin transitioning its entire Mac product line to in-house ARM-based processors from the Intel X86 CPUs that it has been using for the past 15 years. The first of this new generation of Apple Silicon processors is called the Apple M1, which features eight cores (four high-power and four power-efficient) as well as a custom integrated GPU, image signal processor, Secure Enclave, and Neural Engine. The Apple M1 is designed with a new unified memory architecture that is said to improve power efficiency, and is manufactured on a 5nm process.

Education pricing is also available for all new Macs powered by Apple Silicon. They will be available in the US next week. All new Macs are configured with 8GB of memory by default and an upgrade to 16GB at purchase time will cost Rs. 20,000 extra. The online Apple Store in India is accepting orders already, and lists November 25 as the earliest shipping date.

According to Apple CEO Tim Cook, over 50 percent of buyers are new to the Mac, and 2020 has been the best year ever for the product line. Apple has been making its own SoCs for iPhones and iPads for more than a decade, and the company has spent several years developing the Apple M1 SoC. It is the first of a family of chips, and more powerful variants are expected over the next few years to power the higher-end MacBook Pro, iMac, iMac Pro and Mac Pro models, plus any new ones that Apple might announce.

The M1 SoC (not to be confused with Apple's line of M-series motion co-processors) is designed primarily for small size and power efficiency. With a high level of integration, it replaces multiple discrete chips in previous-gen Macs including the CPU, IO controlelrs, security co-processor, and memory controller. A unified memory architecture allows all blocks to access a single pool of memory to avoid duplication and reduce latency as well as power draw. Apple also says it has leveraged an industry-leading 5nm process to pack16 billion transistors onto each chip.

There are four high-performance CPU cores, which Apple says are the world's fastest and deliver the world's best performance per Watt. These cores are said to offer significantly higher performance using a quarter as much power as today's top laptop CPUs, and delivering 3X the performance of current Intel-powered Macs. The four efficiency cores on their own are said to be as powerful as the current dual-core Intel CPU powering the MacBook Air, but while consuming much less power.

In terms of graphics performance, the has eight GPU cores delivering 2.6 Teraflops of throughput. Apple says it is the world's most powerful integrated GPU. It is said to be twice as powerful as current GPUs, or consumers one-third as much power to deliver the same levels of performance. Software also gets access to more memory than ever before.

Other features include machine learning acceleration thanks to the Neural Engine, capable of 11 trillion operations per second, for tasks like image resolution upscaling, video reframing, and voice recognition are drastically improved. The Secure Enclave promises best-in-class security.

MacOS 11 Big Sur has been engineered to schedule tasks between the high-performance and efficiency cores. Macs powered by Apple Silicon are said to instantly wake from sleep just like iPhones and iPads. All Apple software has been optimised, and vendors including Adobe are readying updates to their offerings. Logic Pro is said to allow up to 3X more instruments and effect plugins. Final Cut Pro is said to run 6X faster when rendering complex timelines. MacOS 11 will be available for download starting on Thursday, November 12.

Universal Apps will combine native binary versions for Apple as well as Intel CPUs and can be download from the Mac App Store or the Web to run on all Macs. Rosetta 2 translation seamlessly runs apps built for Intel CPUs, even without updates. Moreover, iPad and iPhone apps including games will be able to run natively.

According to Apple, the MacBook Air is the world's best-selling 13-inch notebook. Tasks previously impossible on such a thin and light device can now run, thanks to 3.5X faster CPU performance, 5X faster graphics and 9X faster machine learning than the previous generation. The new MacBook Air is said to be faster than 98 percent of PC laptops sold in the past year.

The new MacBook Air is now fanless and runs completely silent. It delivers up to 15 hours of wireless Web browsing and 18 hours of video playback, 6 hours longer than before.

The new 13-inch MacBook Pro is said to be 2.8X faster, with up to 5X faster graphics and 11X faster machine learning than the previous generation, making it the world's fastest compact pro notebook. It uses active cooling to allow for sustained performance in tasks such as video transcoding and compiling code. Battery life is up to 17 hours of wireless Web browsing and 20 hours of video playback, which is 10 hours more than before. This is the longest battery life ever for a Mac. Apple also promises studio-quality mics for video calls or recording audio, plus the improved M1 camera processor for sharper video with less grain and better contrast in low light. It has two Thunderbolt ports compatible with USB 4, and can drive the Apple Pro Display XDR at full 6K resolution, all in the same design as before.

The new Mac mini is said to be up to 3X faster in terms of CPU performance than the previous version, with a 6X increase in graphics performance and 15X faster machine learning. It is also said to be just a tenth the size of the current top-selling desktop PC, and up to 5X faster.