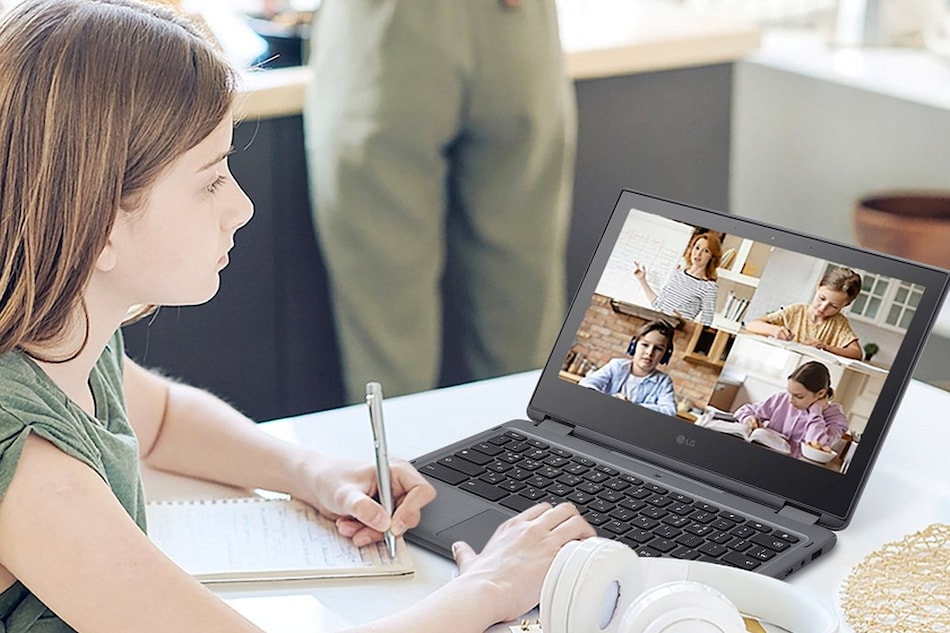 LG 11TC50Q Chromebook is said to be designed for students

The LG 11TC50Q Chromebook is priced at KRW 690,000 (roughly Rs. 43,000). However, South Korean e-commerce platform Gmarket has listed the laptop for KRW 559,000 (roughly Rs. 34,800), which could be an introductory price, but there's no word from the company on the reason behind the lower cost. It is available in a single Black colour option. LG mentions that it is available to purchase via the official online store and major online retailers from March 7. There is no information regarding its availability in India.

As mentioned, LG 11TC50Q Chromebook runs ChromeOS out-of-the-box. It sports an 11.6-inch HD (1,366x768 pixels) LCD touch display. The screen can be rotated by up to 360 degrees to be used as either a laptop or a tablet. Under the hood, the new Chromebook by LG is powered by an Intel Celeron N5100 CPU paired with Intel UHD graphics, 4GB of LPDDR4x RAM, and 64GB of eMMC storage. It features a 2W stereo speaker setup.

LG 11TC50Q Chromebook's connectivity options include Wi-Fi 6, Bluetooth, a 3.5mm headphone jack, two USB Type-C 3.2 Gen 1 ports, two USB Type-A 3.2 Gen 1 ports, USB power delivery, and a microSD card slot. The Chromebook gets a 1-megapixel front-facing webcam as well as a 5-megapixel rear-facing camera. LG is touting the Chromebook as a tool for education and gets a special handle that makes it easier to carry.

The new Chromebook by LG packs a 44.5Whr battery that supports 45W fast charging. It also has an IP41 rating for dust and water resistance. LG 11TC50Q measures 291x204x21mm and weighs approximately 1.44 kilograms.