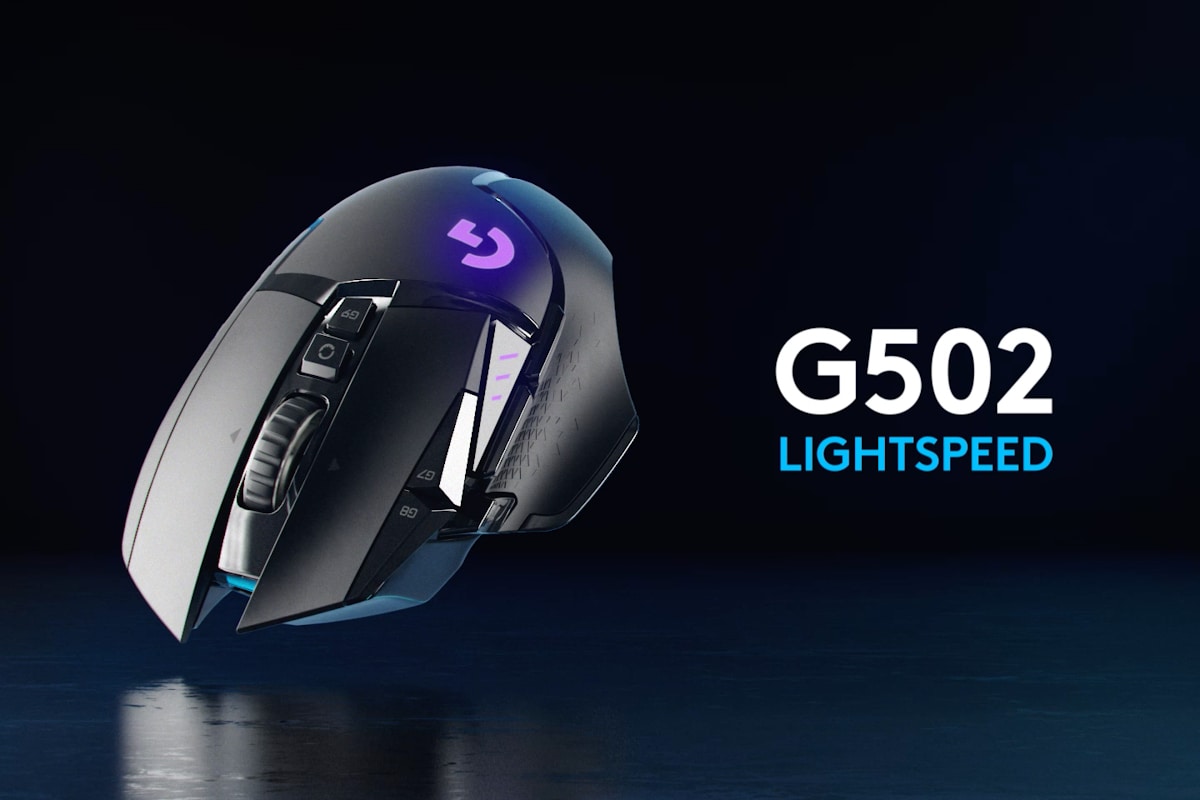 Logitech has launched a wireless variant of its iconic G502 gaming mouse. The new Logitech G502 Lightspeed carries the same design as its predecessor but the company says the new mouse is very different on the inside. Logitech's latest wireless mouse is powered by the new Hero 16K sensor. The company had introduced its G502 gaming mouse back in 2014 and followed it up with the G502 Hero last year.

On the inside, the Logitech G502 Lightspeed runs on the Hero 16K sensor which can support a resolution of up to 16,000 DPI. The sensor has been paired with a 32-bit ARM Cortex-M-based SoC. The combination helps bring automatic surface adjustments, letting users use the mouse on different types of surfaces.

The new wireless mouse uses the company's Lightspeed wireless technology that promises minimal input lag. Logitech says this is made possible due to a number of factors including a polling rate of 1ms of the wireless receiver, a power signal, and software optimizations. Logitech promises a 'faster than wired' gaming performance with the G502 Lightspeed gaming mouse.

The new high-end wireless mouse is available in the US right now at a price of $150 (roughly Rs. 10,500). Logitech hasn't announced any Indian pricing or availability dates yet but you can expect the new wireless gaming mouse to arrive here in the next couple of months.

Amazon Gave Jobs to DOD Staff Working on Cloud Bid, Oracle Lawsuit Says
The Answer to Uber's Profit Challenge? It May Lie in Its Trove of Data