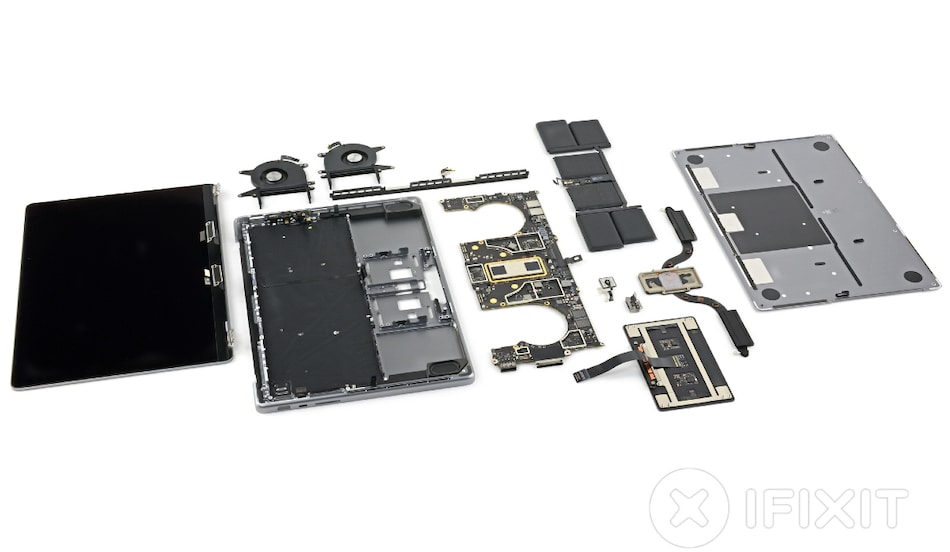 MacBook Pro 2021 models were unveiled by Apple a few weeks ago at a dedicated event. The new 14-inch and 16-inch Pro models are powered by the M1 Pro and M1 Max processors. They have let go of the Touch Bar and introduced a notch on the display. iFixit has now performed a teardown on these new MacBook Pro models to reveal the internals and changes that Apple has introduced since the previous generation. The teardown also reveals the battery capacity of the two MacBook Pro models.

Apple has made several improvements keeping repair in mind, with keeping the battery easily removable and the back being screwed in place, instead of adhesive. The removal of the Touch Bar has given Apple the opportunity to make better use of the interior space. iFixit reports that the cable connecting the display has more slack and display replacements have also been streamlined. It is reported to come with fewer fussy screws, springs, and cables to dispatch, and no more separate display board to extract.

Of course, the new MacBook Pro 2021 teardown reveals that there is no room for upgrading the RAM in the future and buyers are recommended to buy the most preferred option up front. Ports are said to be highly modular, include the MagSafe port that can be easily swapped. iFixit warns that the SD card reader and HDMI port are soldered to the logic board and any damage to them means either a pricey repair, or a full board replacement.

Overall, iFixit gives a reparability score of 4 out of 10 to the new MacBook Pro models. The full teardown video can be seen below.