All MSI X670 motherboards will be available from fall 2022. 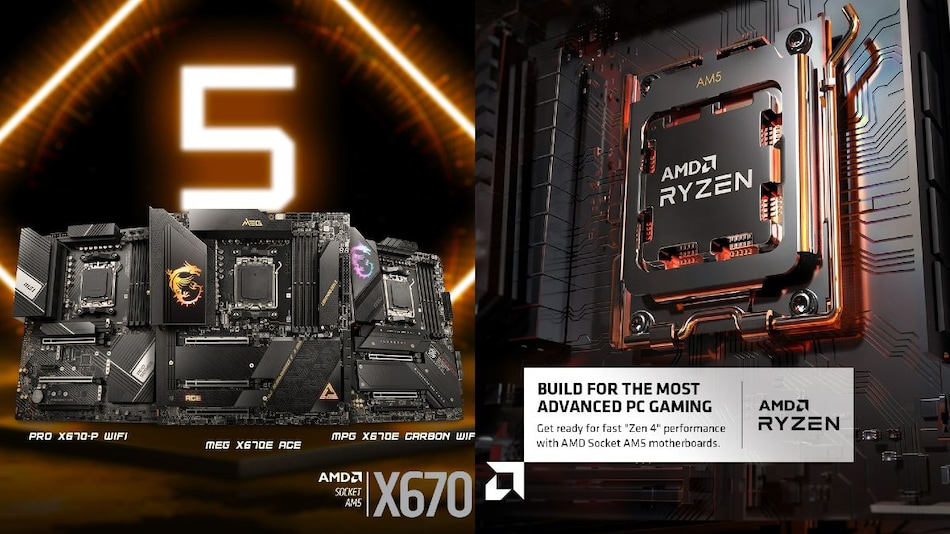 As per the announcement by MSI at Computex 2022, the X670E and X670 motherboards will be launched in Fall 2022. The company says that these next-generation boards have upgrades for the AMD Ryzen 7000 Series platforms. Some details of the company's upcoming CPUs were announced earlier this week. AMD processors are the first to use the 5nm FinFET process from TSMC, they offer support for PCIe 5.0, and DDR5 memory support.

As per MSI, the X670E gaming motherboard has M-Vision Dashboard for customisation, and offers screw-less M.2 Shield Frozr as well as MSI's patent pending M.2 Shield Frozr with magnetic design. There is a smart button in the rear I/O panel for even more customisation, control RGB LEDs and/ or to activate Turbo Fan. All MSI X670 motherboards support ARGB Gen2 devices. In addition, the Meg motherboards' front USB 3.2 Gen 2x2 Type-C will support 60W Power Delivery. MSI also says that the VRM design has also been upgraded with up to 24+2 Power Phases with 105A Smart Power Stage.

The MSI Meg X670E Godlike and MSI Meg X670E Ace gaming motherboards adopt E-ATX PCB size and have up to 24+2 VRM phases with 105A Smart Power Stage. For cooling, they have a stacked fin array design heatsink along with a heat-pipe to dissipate heat. There is also a MOSFET baseplate for even more heat dissipation. The metal backplate helps protect the PCB and provides rigidity to the board. These motherboards are equipped with up to four onboard M.2 slots.

The MPG X670E Carbon WiFi gaming motherboard uses a carbon black colour scheme, and is said to be steadier than previous generations. This motherboard features two PCIe 5.0 x16 slots and four M.2 slots. It comes with 18+2 VRM power phases with 90A, and gets an extended heatsink design for cooling.

The MSI Pro X670-P WiFi motherboard is aimed at enterprises and content creators. It comes with 14+2 Phases Duet Rail Power System and dual 8-pin CPU power connectors. You get a single M.2 PCIe 5.0 x4 slot, and 2.5G LAN as well as Wi-Fi 6E for connectivity.