Redmi 8A vs Redmi 7A: Price in India, Specifications Compared

Redmi 8A and Redmi 7A, both are powered by the octa-core Qualcomm Snapdragon 439 SoC. 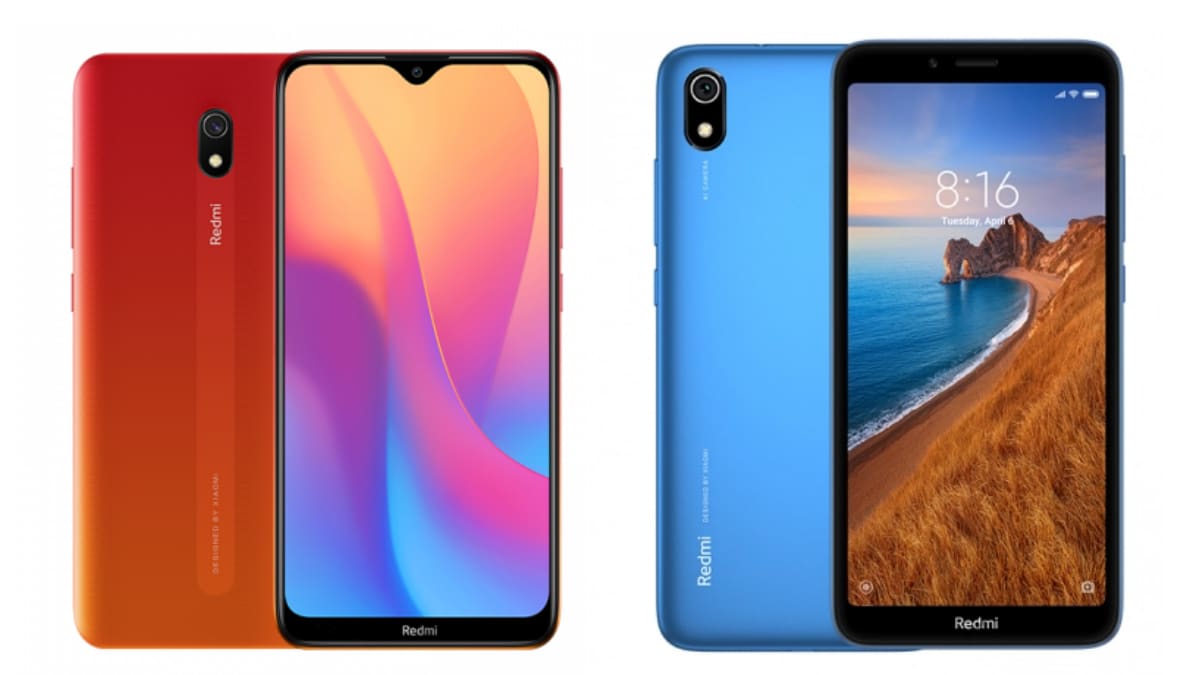 Redmi 8A has been launched in India, and the budget-friendly phone comes with a waterdop-notch, gradient back panel finishes, and a large 5,000mAh battery. The new phone has a splash-resistant P2i nano-coating, and offers wireless FM radio support. In the Indian market, it should compete against the likes of the Realme C2 and Samsung Galaxy M10. The Redmi 8A is the successor of the Redmi 7A phone launched in July earlier this year, and the new entrant has a few upgrades in design and specifications.

We pit the Redmi 8A with its predecessor Redmi 7A to see how much of an upgrade the new phone is, on paper.

Redmi 8A vs Redmi 7A price in India

The Redmi 8A price in India is Rs. 6,499 for the 2GB RAM + 32GB storage variant, while its 3GB RAM + 32GB storage option is priced at Rs. 6,999. The phone will be available on Flipkart and Mi.com from September 29. It will go on sale in Midnight Black, Ocean Blue, and Sunset Red. Offline stores availability will be announced soon.

In contrast, the Redmi 7A was launched in India back in July this year with a starting price of Rs. 5,999 for the base 2GB RAM + 16GB storage variant. Its 2GB RAM + 32GB storage option comes at Rs. 6,199. The phone comes in three colour options, namely Matte Black, Matte Blue, and Matte Gold colour options. It is available for purchase through Flipkart, Mi.com, and Mi Home stores.

Redmi 8A vs Redmi 7A specification

Both the phones run on Android Pie with MIUI 10 on top, and support dual-SIM card slots. The Redmi 8A has a larger 6.22-inch HD+ (720x1520 pixels) display with 19:9 aspect ratio and Corning Gorilla Glass 5 protection. Meanwhile, the Redmi 7A sports a 5.45-inch HD+ (720x1440 pixels) display with an 18:9 aspect ratio. The Redmi 8A has a waterdrop-notch display while the Redmi 7A has traditional bezels on all sides of the display.

Both the phones are powered by the octa-core Qualcomm Snapdragon 439 SoC. The Redmi 8A packs up to 3GB RAM, while the Remi 7A maxes out at 2GB RAM. The Redmi 8A offers 32GB of onboard storage, while the Redmi 7A has 16GB and 32GB onboard storage options. Both the devices offer dedicated microSD card slots for storage expansion (up to 256GB on Redmi 7A, up to 512GB on Redmi 8A).

In terms of optics, the Redmi 8A sports a 12-megapixel Sony IMX363 sensor at the back along with an f/1.8 lens and an LED flash. The Redmi 7A, on the other hand, flaunts a 12-megapixel Sony IMX486 camera at the back along with an LED flash and PDAF lens. The camera positioning has also switched to the top centre of the phone, instead of the top-left that was seen on the Redmi 7A.

The Redmi 8A smartphone has an 8-megapixel selfie camera, while the Redmi 7A has a 5-megapixel front shooter. The new entrant packs a 5,000mAh Li-Polymer battery with support for 18W fast charging, while the predecessor packs a 4,000mAh battery with 10W charging support.

Redmi 8A vs Redmi 7A comparison
See full Comparison »