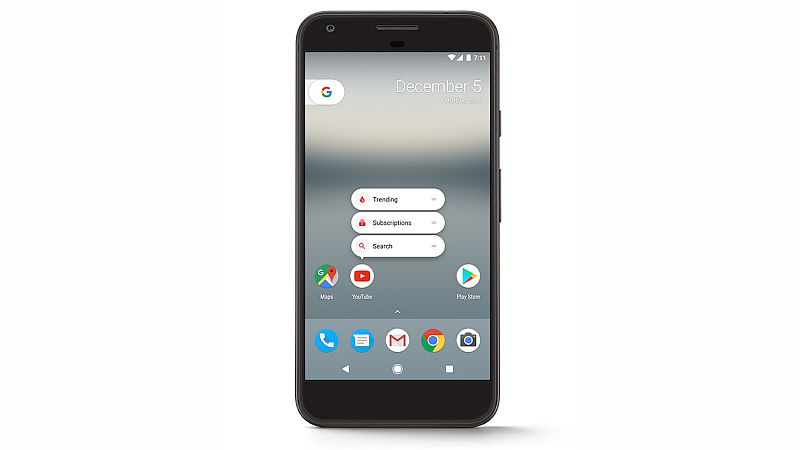 The Android 7.1.1 Nougat update will add new emojis that will reflect gender equality. Notably, Google had previously announced to add a slew of female emoji characters. With the Android 7.1.1 Nougat update, Google has added gender counterparts for emoji characters that previously only had male or female representation. Additionally, Google's new set of emojis that launched with the Pixel phones will now be available to all compatible devices running Android Nougat.

Apart from emojis, Google is also adding support for GIF images directly from keyboard on supported apps. Some of the apps that will support GIF images through Google Allo, Google Messenger, and Hangouts. The Android 7.1.1 Nougat update also brings app shortcuts directly from home screen. Users can launch actions on any apps by simply long pressing the app icon.

"When we launched Android Nougat, we were excited to deliver even more ways to make Android your own. Today we're rolling out Android 7.1.1, an update to Nougat that showcases more ways to express yourself, along with a handful of other sweet features and improvements to stability and performance. Android 7.1.1 brings many of the cool features of Pixel to everyone," wrote Agustin Fonts, Product Manager, Android in a blog post.

The company has also bundled its monthly security patch with Android 7.1.1 Nougat - for the month of December - bringing fixes for critical security vulnerabilities in device-specific code that could enable arbitrary code execution within the context of the kernel and can lead to the possibility of a local permanent device compromise.