In its first fiscal of 2020, Apple has reported an all-time record quarterly revenue of $91.8 billion (roughly Rs. 6,54,000 crores), an increase of 9 percent from the year-ago quarter. 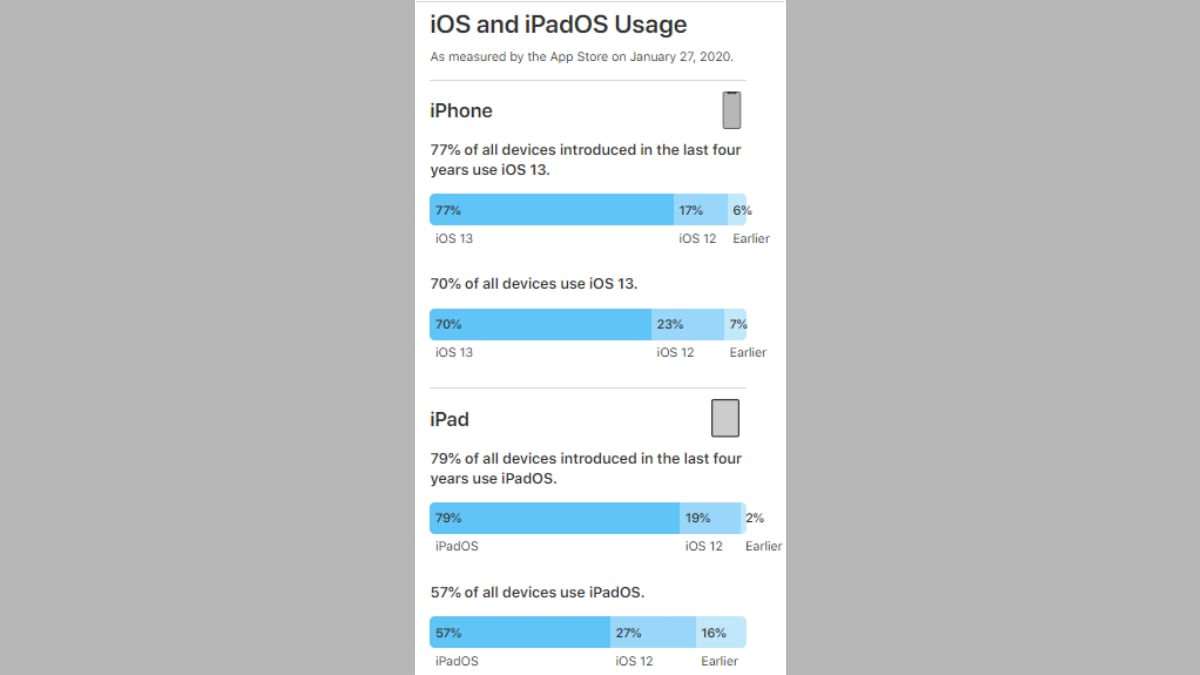 While announcing its first fiscal performance results, Apple CEO Tim Cook shared that the number of active Apple devices in customers' hands has grown to 1.5 billion. This time last year, Apple announced that the number was 1.4 billion. Apart from the growing number of active Apple devices in the wild, iOS 13 adoption increased to 70 percent of active devices, up from 50 percent reported in October last year. Similarly, iPadOS 13 adoption has increased to 57 percent, up from 33 percent as reported in October last year.

In its fiscal Q1 2020 financial results conference call, CEO Tim Cook shared that the number of active Apple devices has increased to 1.5 billion. He said, “During the holiday quarter our active installed base of devices grew in each of our geographic segments and has now reached over 1.5 billion. We see this as a powerful testament to the satisfaction, engagement and loyalty of our customers — and a great driver of our growth across the board.” Notably, the Apple last year had announced says that the number of active devices reported in Apple's fiscal Q1 2019 is 1.4 billion, which means a 100 million Apple devices have been added since the last holiday quarter. At the time, 900 million of the 1.4 billion were iPhones, and while the company hasn't given a breakdown of the iPhone numbers for this year, it should likely be closer to a billion.

Apart from this, Apple posted an all-time record quarterly revenue of $91.8 billion (roughly Rs. 6,54,000 crores), an increase of 9 percent from the year-ago quarter. The revenue from iPhone models in the holiday quarter was $56 billion (roughly Rs. 3,98,000 crores) globally. International sales accounted for 61 percent of the quarter's revenue, and Apple registered double-digit growth in India for sales of iPhone models in the holiday quarter. "We grew double digits in emerging markets led by strong performances in Brazil, mainland China, India, Thailand, and Turkey," Cook told analysts.