Apple is yet to figure out a way to integrate unsend messages feature with previous iOS versions. 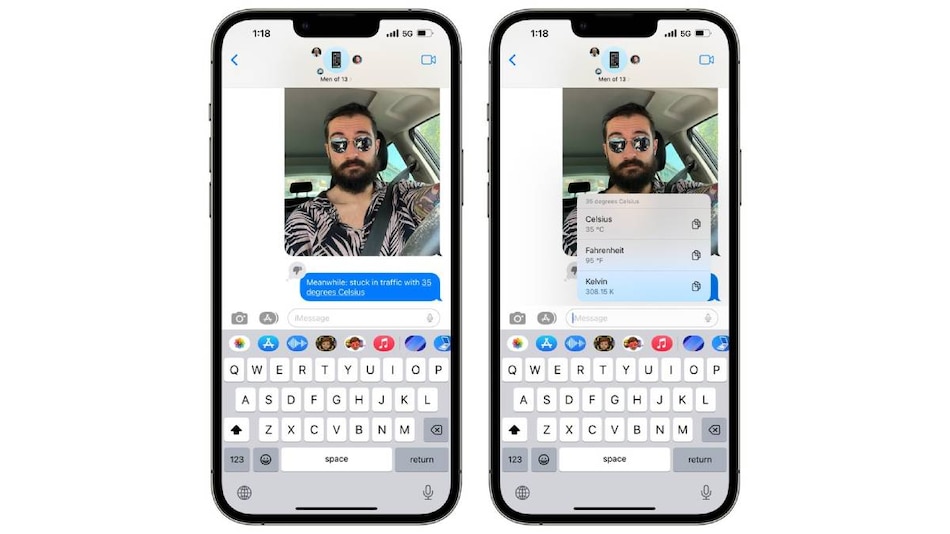 Apple is adding a message filter on iOS 16 for people using two SIMs on their iPhones. The new feature will filter messages received by a user into two different categories based on the SIM on which the SMS or iMessage is coming through. The tech giant is reportedly also attempting to improve the edit feature for iMessage on iOS 16. Since the edit feature is not available on the previous iOS versions, the changes made to a message weren't visible to users running iOS 15 or older versions.

The iPhone maker Apple is adding a new filter for messages being received by users on dual-SIM iPhones. This filter is part of the new iOS 16 operating system that is currently in its second beta phase. According to Apple's release notes of the Beta 2 iOS 16, “Messages now supports the ability for customers with a dual SIM iPhone to filter their messages based on their SIMs.” The new feature will be available for both, iMessages and SMS services and it will filter messages based on the SIM on which the message is coming through.

According to a report from 9To5Mac, Apple is also trying to fix the edit feature for text on iMessage for iOS 16. Currently, the edit feature is not backwards compatible and hence, the edited messages are not visible to the users running iOS 15 or older versions of the operating system.

Apple has reportedly figured out a way to display the edited messages. These edited messages now appear with the label “Edited for” on iPhones running older versions of iOS. Although, it doesn't replace the previous message, it is still better than the edited version not appearing at all. The report added that unfortunately, Apple still hasn't figured out a way to successfully integrate the unsend messages feature on iOS 16 with older versions of iOS.

During its WWDC 2022 keynote, Apple introduced the new iOS 16 operating system. Recently, Apple is reportedly also going to introduce filter extension for messages in 12 sub-categories within Transactions and Promotions on iOS 16.