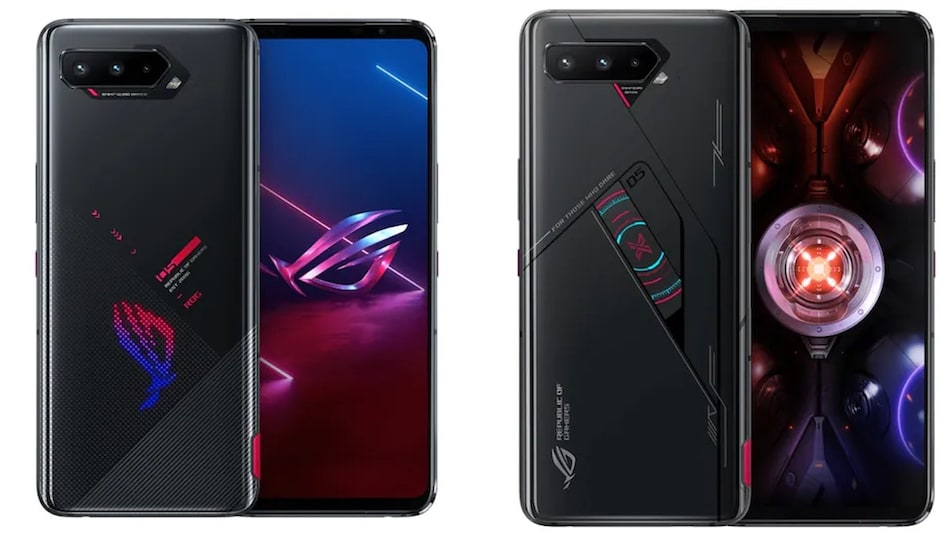 Asus ROG Phone 5s and Asus ROG Phone 5s Pro will be launched in India on February 15, the Taiwan-based company's Indian arm has announced. The smartphones were unveiled back in August 2021 with the Qualcomm Snapdragon 888+ SoC. Both the Asus smartphones feature 6.78-inch Samsung AMOLED E4 displays with 144Hz refresh rate. The vanilla ROG Phone 5s comes with up to 18GB LPDDR5 RAM and the Pro variant comes in only a single 18GB LPDDR5 RAM configuration. There is no information on the specifications of the Indian variants.

As per an media invite from the company, Asus ROG Phone 5s and Asus ROG Phone 5s Pro will be launched in India on February 15 at 12pm (noon) through a virtual event that will be livestreamed on the company's YouTube channel. Asus hasn't revealed any further information about the phone. It is to be seen whether the India variants will have the same specifications as the ones unveiled in August last year.

Asus is also holding a contest that will start at 5pm today. As per a tweet by the company, participants will have to “extract the lethal upgrades for the Ultimate Gaming Weapon that lay concealed.” They will have to crack a code in order to stand a chance to win an ROG Phone 5s.

Comrades of ROG! Extract the lethal upgrades for the Ultimate Gaming Weapon that lay concealed. #CrackTheCode in any of the 3 missions and stand a chance to win the all-new #ROGPhone5s*.