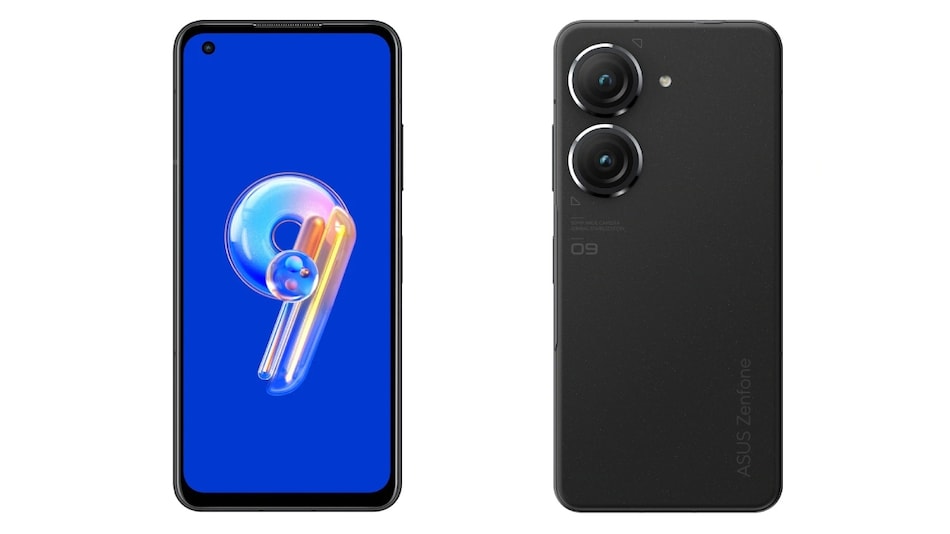 Asus Zenfone 9 specifications have surfaced online, ahead of the launch of the smartphone on Thursday. The handset was reportedly spotted on a Norwegian website, which included specifications, pricing and images of the Asus Zenfone 9. The listing for the handset, revealed that the smartphone will be powered by a Snapdragon 8+ Gen 1 SoC, paired with up to 16GB of RAM, according to a report. It is tipped to sport a 5.92-inch AMOLED display with a 120Hz refresh rate, and will be equipped with a dual rear camera setup. The phone is said to be available in four colour options.

Asus will offer the upcoming Zenfone 9 smartphone in Midnight Black, Moonlight White, Sunset Red, and Starry Blue colour options, according to the report. However, it is worth noting that the company is yet to officially reveal any details of the upcoming smartphone, which is confirmed to launch on Thursday.

On the camera front, The Zenfone 9 will be equipped with a dual rear camera setup, featuring a 50-megapixel Sony IMX766 primary sensor and a 12-megapixel ultra-wide camera with an IMX368 sensor. For selfies and video chats, it will sport a 12-megapixel Sony IMX663 sensor with dual PDAF, according to the report. The smartphone will also support 8K video recording, as per the listing.

The Asus Zenfone 9 will offer up to 256GB of inbuilt storage, while connectivity options on the smartphone will include 5G, Wi-Fi 6E, Bluetooth v5.2, NFC and GNSS (GPS L1+L5, GLONASS L1, Galileo E1+E5a, BDS and QZSS). There will be a 3.5mm headphone jack and a USB 3.0 Type-C port, according to the report.

The company's upcoming handset is tipped to pack a 4,300mAh battery. In addition to this, the smartphone may also ship with a 30W USB-C charger in the box, according to the listing.