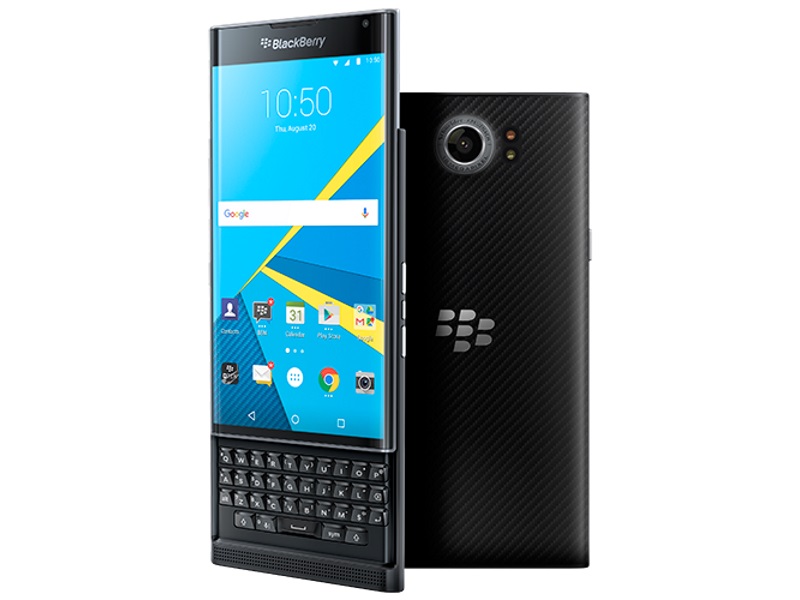 BlackBerry Ltd launched its first Android-based device on Friday, with the future of the company's hardware business riding on a slick smartphone called Priv that boasts an impressive array of features and a hefty price tag.

The company is betting the Priv's large curved screen, full array of Android apps from the Google Play store and blend of productivity and security features will help it rebuild its share of the smartphone market, which has slid to under one percent.

With hacking and data theft issues becoming a bigger concern these days, BlackBerry expects keen interest in its pre-loaded DTEK feature that alerts users every time any app attempts to access data, or turn on the phone's microphone or camera.

"You will be blown away by some of the apps you use and how much data they actually access of yours," said BlackBerry's head of devices, Ron Louks.

The smartphone's "wow" factor, as Louks dubs it, is actually a throwback - a slide out physical keyboard. While the small number of such Android 'slider' phones that do exist have had little success in the market, most are dated and clunky, say analysts.

BlackBerry is hoping its sleek design and touch-sensitive keys that allows users to swipe, scroll and set up shortcuts will woo former loyalists back to using the Priv.

Initial reviews of the device were mixed, with many lauding its security offerings, long battery life, camera, dual-keyboard design and other features, but panning the Priv's high price tag - $699 (roughly Rs. 46,100) without a contract in the United States and C$899 without a contract in Canada.

Still, if the BlackBerry Priv does well, analysts note the device could be a game changer for the Waterloo, Ontario-based company.

"If the Priv - with its premium price of about $700 (roughly Rs. 46,200) - is a hit, it could drive meaningful growth for the company. Moreover, the smartphone industry tends to be largely perception-driven, and a single hit flagship product can bolster a company's brand image and create a halo effect around its entire product line," said research firm Trefis, in a note on Thursday.

Blackberry is pivoting to focus more on software and device management services but has said it will stick with hardware if the segment is profitable.

BlackBerry shares rose 4.7 percent to $7.96 in early trading on Friday on the Nasdaq.

Add Some Entertainment to Your Home This Diwali
Is Facebook in 'Secret Sister Gift Exchange' Scam?