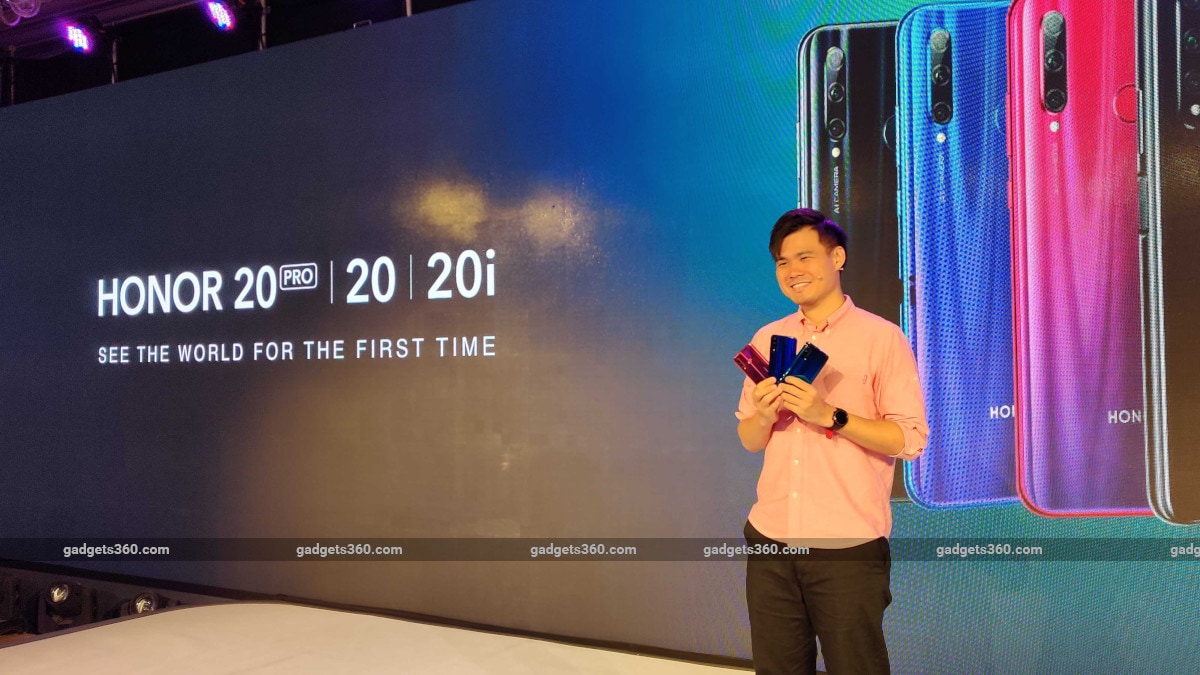 Honor, the sub-brand of Chinese telecommunications giant Huawei, on Tuesday launched the new Honor 20, Honor 20 Pro, Honor 20i smartphones in the Indian market. The new Honor launch comes at a time when Huawei's association with Google's Android operating system is under threat. While the existing Huawei and Honor phones are unlikely to bear the brunt of US ban on Huawei, the future devices could very well lose access to Google Play Store, Google services, and non-open source parts of Android. In addition to the new phones, Honor unveiled its new Honor Pad 5 tablet in the country and it will released in 8-inch and 10.1-inch display sizes.

The Honor 20, Honor 20 Pro, and Honor 20i were among the first smartphones to be introduced by the company in the uncertainty of the future of Huawei's devices business last month. Set to lead Honor's smartphone portfolio, the Honor 20 and Honor 20 Pro smartphones come with features like hole-punch selfie cameras, quad rear camera setup, Android 9 Pie with Magic UI 2.1 on top, and HiSilicon Kirin 980 SoC. Honor 20i, on the other hand, is a mid-range smartphone with a waterdrop-style notch, triple rear cameras, Android 9 Pie with EMUI 9.0, and HiSilicon Kirin 710 SoC. It is also essentially the same smartphone that was launched as Honor 20 Lite.

The company says that the Honor 20 will be offered via Flipkart starting June 25, whereas Honor 20i will sold beginning June 18. There is no word on the availability of Honor 20 Pro right now and the company has just said that the phone will be available "very soon." Honor 20-series phones will also be sold via major physical retailers in the country.

In terms of the launch offers, Honor 20, Honor 20 Pro, and Honor 20i buyers will get no-cost EMI options and up to 2.2TB data and Rs. 2,200 as cashback from Reliance Jio. Honor is also providing up to 90 percent buyback guarantee in 90 days as a part of the "love it or return it challenge".

Honor 20 will be offered a single variant in India

For selfies, the Honor 20 comes with a 32-megapixel sensor at the front with an f/2.0 lens and 3D Portrait Lighting support. There are also various camera features, including AI Camera, AI Ultra Clarity mode, and AI Color mode.

Honor 20 Pro will be released in Phantom Blue colour