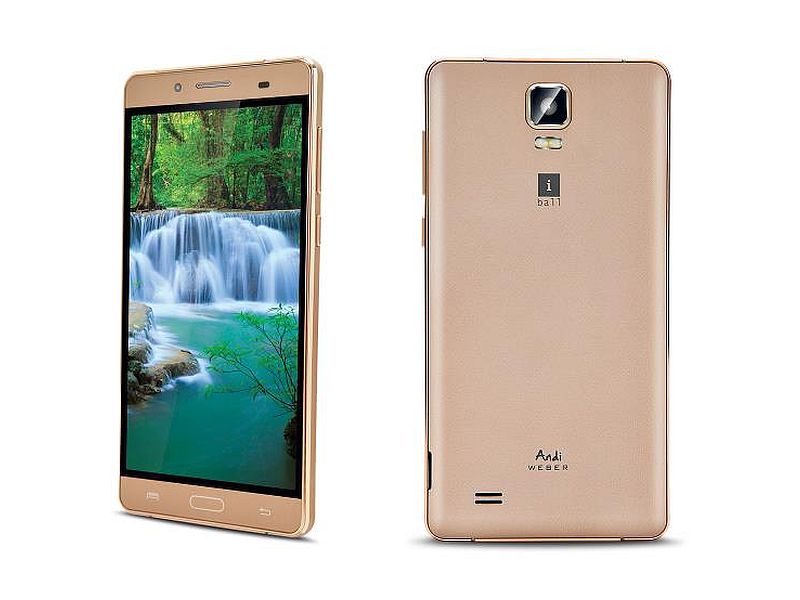 iBall has introduced the Andi 5.5H Weber smartphone, which is now listed on the company's site. There is no official word on the availability and price details of the iBall Andi 5.5H Weber. However, a Mumbai-based retailer claims that the handset is now available to buy in the markets and has been given a best buy price of Rs. 6,299, while the MRP is Rs. 7,499.

The Andi 5.5H Weber is a dual-SIM (GSM+GSM) device which runs Android 5.1 Lollipop out-of-the-box. It comes with a 5.5-inch HD (720x1280 pixels) IPS display and offers a pixel density of 267ppi. The smartphone is powered by a 1.3GHz quad-core processor (unspecified) coupled with 1GB of RAM. The Andi 5.5H Weber comes with 8GB of inbuilt storage, which is further expandable via microSD card (up to 32GB).

It sports a 5-megapixel rear camera with LED flash, while there is a secondary 2-megapixel front-facing camera also onboard. The company on the listing of the Andi 5.5H Weber claims that the rear camera on the handset has been "software enhanced to 8-megapixel". The camera features scene detection, face recognition, low light enhancement, Panorama, geo tagging, burst shot, smile shot, and HDR options.

Hate Facebook? Survey Shows Why You Log in Again
Datawind to Launch 4G Device 'For About Rs. 3,000' With 'Unlimited Browsing for 12 Months'