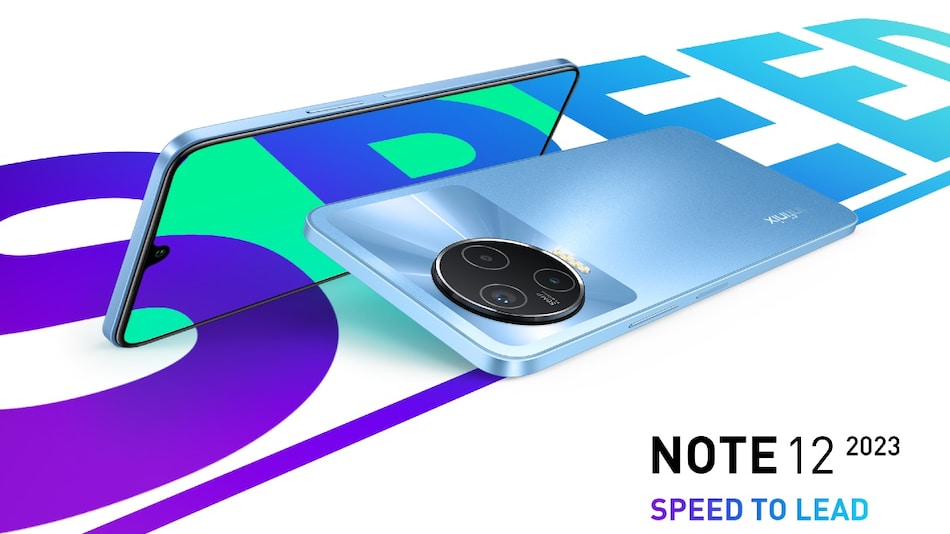 Infinix Note 12 (2023) was launched in global markets last week. This smartphone features a 6.7-inch AMOLED display with a waterdrop-style notch for the selfie camera. There is also a 50-megapixel triple rear camera setup. Under the hood, it is powered by a MediaTek Helio G99 SoC. It features 8GB of physical RAM, which can be extended to up to 13GB by utilising unused internal storage. Infinix has not launched this smartphone in India, but it is expected to arrive later this year.

The Infinix Note 12 (2023)'s pricing starts at $199 (roughly Rs. 16,500) for the 8GB RAM + 128GB storage model. This Infinix smartphone comes in Alpine White, Tuscany Blue, and Volcanic Grey colours. The company is yet to announce plans to launch the smartphone in India.

For optics, the smartphone features a triple rear camera setup headlined by a 50-megapixel primary sensor with an f/1.6 aperture. There is also a 2-megapixel depth sensor with an f/2.4 aperture and an unspecified AI lens. The Infinix Note 12 (2023) comes with a Super Night mode for enhanced low-light performance. It also features a 16-megapixel selfie shooter on the front.