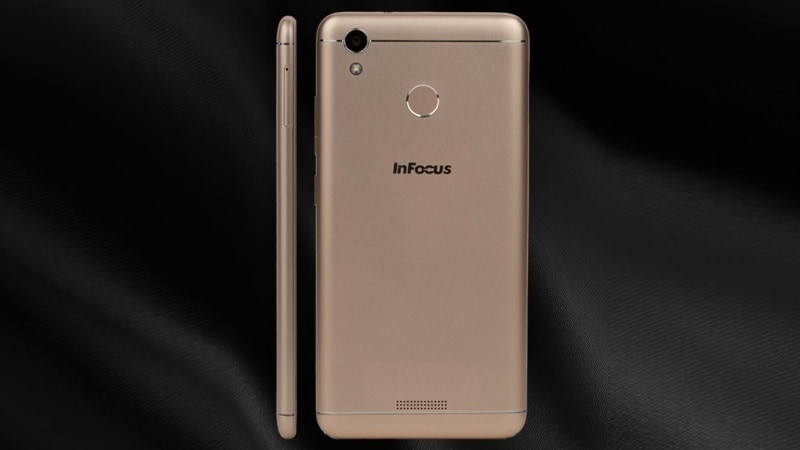 While InFocus had revealed that it will be launching a new smartphone in India on Wednesday, the company's new Turbo 5 smartphone has already been listed on Amazon India. Notably, the InFocus Turbo 5 cannot be purchased by users yet but entire specifications of the handset have now been revealed through the website. As it turns out, the yet-to-be-announced smartphone houses a large 5000mAh battery and packs 2GB of RAM.

As per the specifications listed on Amazon India, the dual-SIM (Nano+Nano) InFocus Turbo 5 runs Android 7.0 Nougat and features a 5.2-inch HD (720x1280 pixels) display with 2.5D curved glass on top. The smartphone is powered by a quad-core MediaTek MT6737 processor (clocked at 1.25GHz) coupled with Mali T720 MP1 GPU and 2GB of RAM. Notably, 3GB RAM is listed elsewhere on the product page - we'll only know more once the phone is launched on Wednesday. For now, there's no telling if the listing on Amazon is official.

It comes with a fingerprint scanner, located at the back of the device. In terms of optics, the InFocus Turbo 5 comes with a 13-megapixel primary rear camera with LED flash support and a 5-megapixel camera at front for taking selfies. The smartphone features 16GB of built-in storage, which is expandable via microSD card up to 32GB. The connectivity options offered by the InFocus Turbo 5 include 4G LTE connectivity, WiFi 802.11 b/g/n, Bluetooth, GPS, and FM.

As mentioned earlier, the smartphone houses a large 5000mAh battery, which has been claimed to provide a battery life that can last almost two days. The sensors on the InFocus Turbo 5 include accelerometer, ambient light sensor, digital compass, and range sensor.