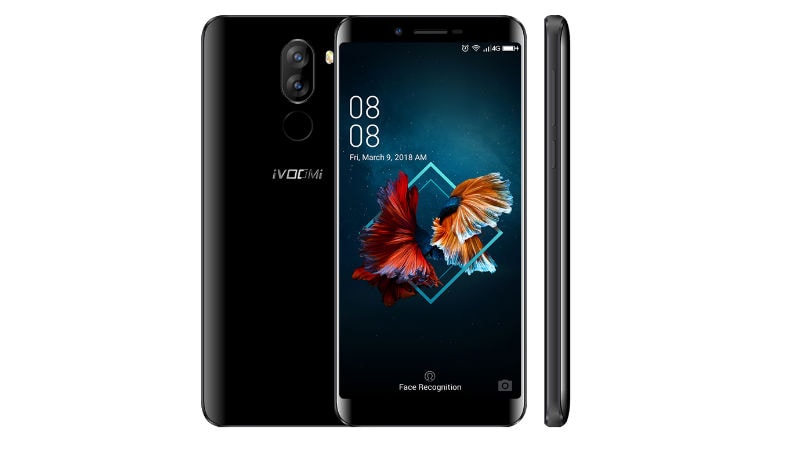 Chinese smartphone manufacturer iVoomi on Friday announced the launch of anniversary edition variant for its flagship i-series smartphone- iVoomi i1s. The key highlight of the iVoomi i1s Anniversary Edition is the introduction of the face unlock feature - there is no change in specifications. The Classic Black colour variant of the smartphone is available for purchase exclusively on Flipkart starting from Friday.

iVoomi says that the face unlock feature uses the regular selfie camera, instead of an infrared depth-mapping camera. Meanwhile, iVoomi is also providing a 2-year warranty on its flagship smartphones - iVoomi i1, iVoomi i1s, iVoomi Me3, and iVoomi Me3S. The purchases need to be made between March 9 and March 31. Additionally, there is a Reliance Jio Football Offer which provides a Rs. 2,200 instant cashback making the effective price of the smartphone comes down to Rs. 5,299. The original price in India of the iVoomi i1s is Rs. 7,499. The company had launched the handset in India in January this year.

Coming to the specifications, the dual-SIM (Micro) iVoomi i1s runs Android 7.0 Nougat with Smart Me 2.0 on top, and sports a 5.45-inch HD Infinity Edge Display with 18:9 aspect ratio. The smartphone is powered by a 1.4GHz quad-core MediaTek MT6737v SoC coupled with up to 3GB of RAM.

The iVoomi i1s sports a dual rear cameras setup, featuring one 13-megapixel sensor and the other 2-megapixel sensor, coupled with an autofocus system and flash. The fingerprint sensor is placed on the rear panel, below the dual rear camera setup. On the front, it bears an 8-megapixel camera. Inbuilt storage on the smartphone, up to 32GB, is expandable via microSD card (up to 128GB).

How to View, Edit, and Remove Location and Other EXIF Data From Your Photos
Viewsonic PX747-4K 'World's Brightest' 4K UHD Projector Launched at Rs. 2,75,000