Jio Phone: Be Ready to Pay Extra if You Return It Within a Year 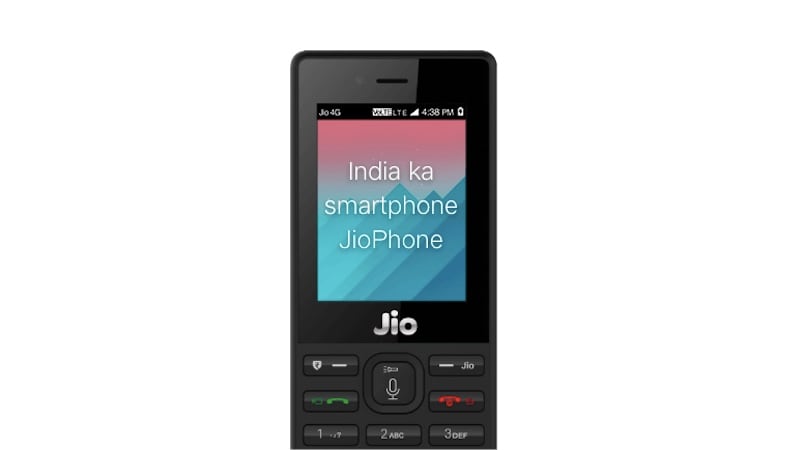 If you buy Jio Phone but do not use it, the company can ask for the handset to be returned

Jio Phone, the 4G feature phone unveiled by Reliance Jio in July, will cost you much more than previously anticipated. The company has put up the terms and conditions on its website for returning Jio Phone units, which have revealed the fine print involved with the process. It turns out you will have to shell out money if you want to return the phone, and that you must spend at least Rs. 4,500 on recharges if you want the refundable Rs. 1,500 back. These details were not announced at the time of Jio Phone unveiling, where it was introduced as effectively free, after a security deposit of Rs. 1,500.

At the time of the unveiling, there were no conditions attached with the Jio-branded phone, though it was expected that some would be announced as the release draws closer. Now that the Jio Phone deliveries have started, the company has mentioned on its website that early return charges will be applied if a user hands over the device ahead of schedule. As mentioned above, if the user indeed plans to keep the phone and use it, recharges worth Rs. 1,500 per year must be purchased with the number to remain eligible for the refund. On the other hand, if a user buys the phone but doesn't use it, Jio has the right to ask for it to be returned.

"The Jio Phone is available for continued use on the Recipient purchasing telecom recharge vouchers of an Authorised Carrier (presently Reliance Jio Infocomm Limited) from the Company or any of its authorised retailers for use in the Jio Phone of a minimum value of Rs. 1,500/- per annum for a period of 3 years from the date of the first issue of the Jio Phone," the terms of condition reads.

Taking this into consideration, you would be spending more than Rs. 4,500 on the 4G feature phone over the next 3 years, provided the company refunds you the full Rs. 1,500 amount that you are required to pay as 'deposit' in order to get your hands on the handset.

But that's not all. Those who fail to make recharges worth at least Rs. 1,500 in a year Reliance Jio reserves the right to ask the customer to return the handset. Furthermore, those customers would be liable to pay an additional charge to the company, Reliance Jio states.

If you return the Jio Phone, you will be penalised

The company has also disclosed the return policy on the Jio Phone. Suppose you realise that the handset is not for you and you wish to return the phone to the company, Reliance Jio says customers who return the device in the first year would be charged Rs. 1,500 as well as applicable GST or other taxes. This sum will be adjusted against the refundable sum of paid while picking up the handset, so the user will have to pay the taxes on Rs. 1,500.

For returning Jio Phone ahead of plan, there will additional payments to be made

Customers who return the Jio Phone feature phone after one year but before two years, would be charged Rs. 1,000 in addition to applicable GST or other taxes. Similarly, customers who return the device after two years but before completing the 3 years they have previously committed to the company, they would be charged Rs. 500, and applicable GST or other taxes. The early return charges and associated taxes will be adjusted against the refundable Rs. 1,500 in these cases as well.

More than six million Jio Phone handsets have been pre-ordered, Reliance Jio said this month. The company says it has begun shipping the device to customers.