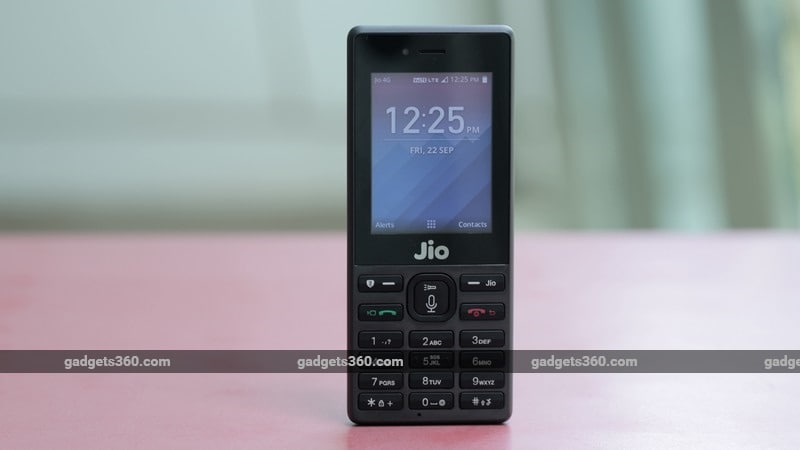 Jio Phone deliveries for the 6 million units booked in August have started, and customers in rural areas and small cities will get the handset before their counterparts in urban areas, according to a PTI report citing a Reliance Jio channel partner. The deliveries of Jio Phone will be completed in 15 days, said the channel partner, who did not wish to be named. On Twitter, Jio's official @LYF_In channel tweeted that the deliveries of the handset have commenced in a phased manner "to avoid inconvenience" and all customers who pre-booked Jio Phone will get their units by Diwali; this year, Diwali falls on October 19. As before, the company says customers will get SMSes regarding the status of their Jio Phone delivery date.

"The Chairman (Mukesh Ambani) had said that the JioPhone will bridge digital divide between rural and urban India. Therefore, delivery of JioPhone will start this Sunday in rural areas and small towns," the channel partner said.

Queries sent to Reliance Jio did not elicit any response. Pre-booking of the JioPhone started on August 24 against payment of a refundable deposit of Rs. 500. The remainder Rs. 1,000 has to be paid by the customer when the company starts delivering the handsets. The entire amount will be refunded against return of the phone after three years.

"The delivery of first lot of 6 million will be completed in 10-15 days," the PTI source said. He, however, was not aware of the dates for the next round of booking for JioPhone.

According to CyberMedia Research, a total of 61.8 million mobiles were shipped in the second quarter of 2017. With 6 million units of sale, JioPhone is estimated to account for around 10 percent of India's total mobile phone market in a quarter.

6 million people were able to book Jio Phone before pre-orders closed a day and a half after they opened. While customers can check the status of the delivery of their Jio Phone unit via MyJio, the app for now only mentions the status as Created, so it is not very easy to track exactly when a consumer will get their hands on the phone.

Reliance Jio Chairman Mukesh Ambani had announced that voice calling for customers of JioPhone would always be free and they would get unlimited data for a month against a payment of Rs. 153.

JioPhone will come with pre-loaded Jio apps for messaging and entertainment. The phone can be connected with television sets for watching live TV using the Jio TV app.