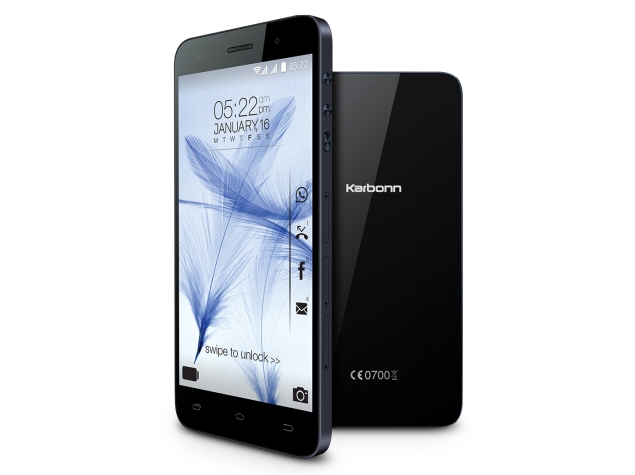 After it having been listed for sale by e-commerce sites earlier this week, Karbonn has on Friday launched the the Titanium Mach Two S360 in India at Rs. 10,490. It is available in an Elegant Deep Blue colour from e-commerce sites, and comes with a free silicone case.

The handset sports an 8-megapixel rear camera with a BSI sensor and LED flash, apart from an 8-megapixel front-facing camera. The Titanium Mach Two S360 comes with 8GB of inbuilt storage, which is further expandable via microSD card (up to 32GB).