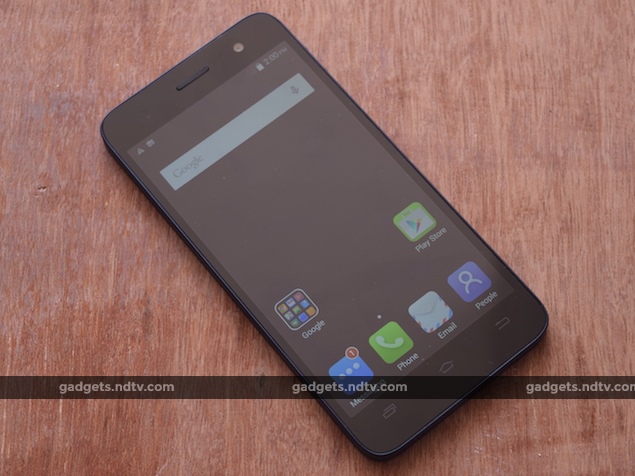 Karbonn has come a long way since it began selling smartphones in 2009. The brand has been spending a lot on television advertisements, which could be why sales of Karbonn's phones in offline retail channels have been good. Even so, despite this aggressive marketing strategy and good sales numbers, the previous Karbonn phone we reviewed - the Titanium Machone S310 (Review | Pictures) - didn't really impress us.

Now, Karbonn has sent us a review unit of its more premium offering, the Titanium Mach Two S360. This phone boasts of a sleek design and an octa-core processor, and is available at a price that won't burn a hole in your pocket. Let's find out if it can make up for the underwhelming experience we had with its younger sibling. 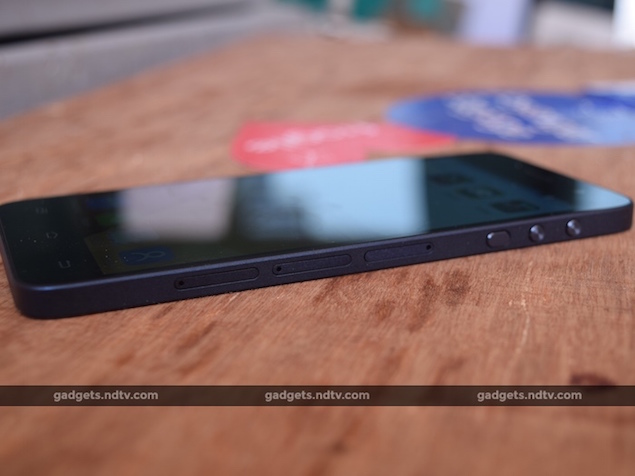 Look and feel
Straight out of the box, the Mach Two looks classy, and its understated design is in stark contrast to phones by other Indian brands. That said, by no stretch of imagination can Karbonn be credited for creating an original design here. The Mach Two clearly looks like a mashup of the iPhone 5 and iPhone 4 but we don't think it is a bad thing at all. Karbonn sells the phone in only one colour - Deep Blue - which looks pretty elegant.

The phone is a featherweight at 112g and it is also pretty slim at 6.3mm. Karbonn manages to maintain the sleek figure of the phone thanks to a unibody design, which also means that the battery is non-removable. The back and the front are protected by Corning's Gorilla Glass 3. We've seen in the past that Gorilla Glass on the back is susceptible to minor scratches and using a case is advised; Karbonn provides one in the box. A matte finish metal frame runs along the edges of the phone. While the design does look good, we are not really satisfied with the sturdiness. It feels flimsy and one will need to use it with care. 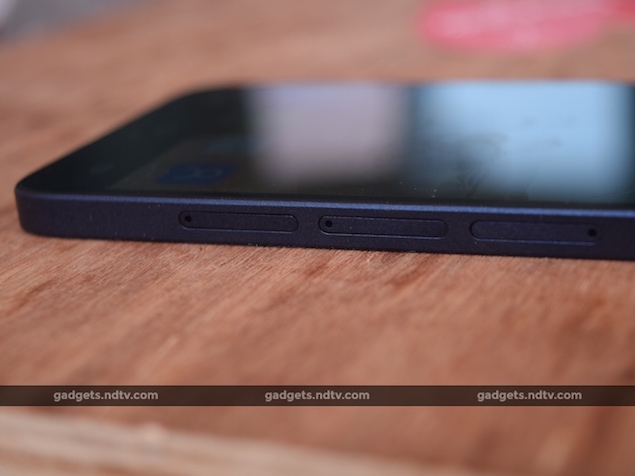 The right side of the phone is where all of the buttons and trays reside. The iPhone 5 influence is evident in the separate round buttons for volume controls. The power button is placed below these volume buttons. It is an odd choice because we invariably ended up hitting the volume down button when we wanted to put the phone to sleep. There arethree trays - two for the Micro-SIM cards and one for the microSD card. These trays aren't labelled, which makes it a bit difficult to figure out which is which.

The bottom has two speaker grilles, whereas the top has the 3.5mm jack and the Micro-USB port. The camera and the flash sit on the rear. The earpiece and the front camera are lined up above the screen, on the front. Karbonn uses a row of capacitive buttons below the screen for navigation but they aren't backlit. 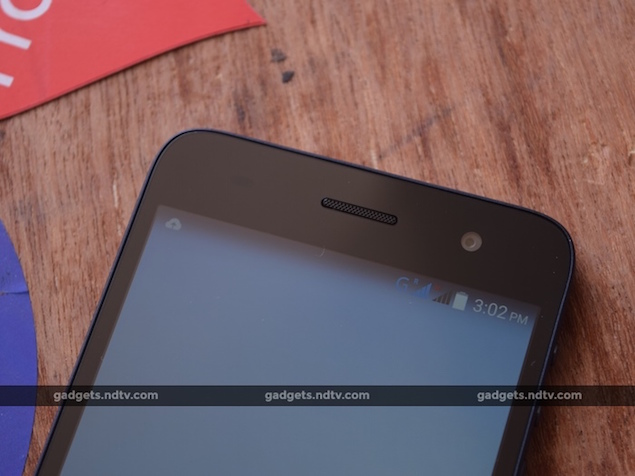 Specifications and software
The Mach Two has a Mediatek MT6592 octa-core processor which is clocked at 1.4GHz and has an integrated Mali 450-MP GPU. There is 1GB of RAM and 8GB of internal storage space. The Mach Two also accepts microSD cards up to 32GB in capacity. Two 8-megapixel cameras are available for photography on the front and rear of the camera. 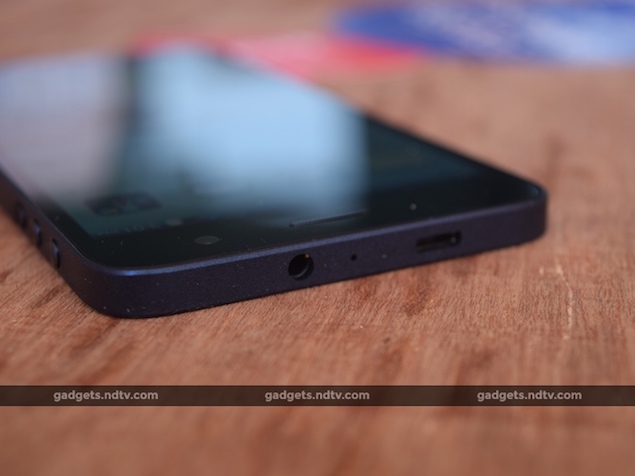 Both Micro-SIM cards can connect to 3G networks. Wi-Fi a/b/g/n and Bluetooth 4.0 make up the rest of the connectivity options. A relatively small 1900mAh battery provides the juice for the phone. The 5-inch screen has a resolution of 720x1280 pixels, translating to a pixel density of 294ppi. The colours are adequately saturated and the viewing angles are pretty good too. Furthermore, the screen is quite legible under direct sunlight.

The Mach Two runs Android 4.4.2 KitKat with a custom skin on top of it. We saw the same UI for the first time on its cheaper sibling, the Mach One. The lockscreen displays notifications in a panel on the right. There is no app drawer and all the icons are arranged on the homescreen itself, which is quite similar to UIs we've used on Chinese smartphones. The problem with this skin is that the icons are unusually large and sometimes look pixelated even on a 720p screen. There is no way to change the size of the icons. Changing pages on the homescreen feels slightly laggy. Karbonn fills the phone with a ton of third-party apps and most of them can be deleted. Notably, the OLX app is a system-level app and cannot be deleted.

Performance and camera
The software bogs down the performance of the phone. Apps crashed on a few occasions and overall experience of using the software felt bloated. Games run fine, if not to their full graphical potential.

Benchmark tests returned scores which were similar to other phones using the Mediatek MT6592 SoC. In AnTuTu and Quadrant the phone achieved scores of 26,878 and 11,182 respectively. The Mach Two also hit scores of 15fps and 6,353 in graphics benchmark tests GFXbench and 3DMark Ice Storm. 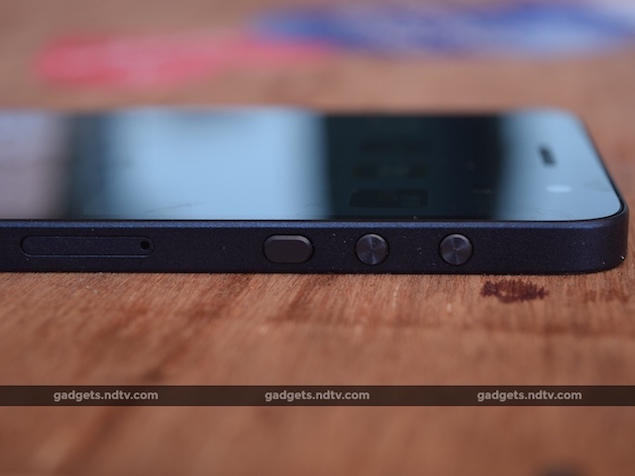 The phone played all our test videos, including our heavily encoded 40Mbps sample, without any hiccups. Don't be fooled by the two grilles provided by Karbonn for the loudspeaker because only mono sound emanates from the left one, It breaks at high volume levels and even otherwise it sounds tinny. The bundled headset sounds alright but we have to say that the sound quality improves drastically with better quality earphones. The sound quality in calls is alright at best and we also faced a few call drops. The 1900Ah battery on the phone lasted 6 hours and 33 minutes in our battery test. This is much better than we expected but it is still not great. We had to reach for the charger at the end of the day. 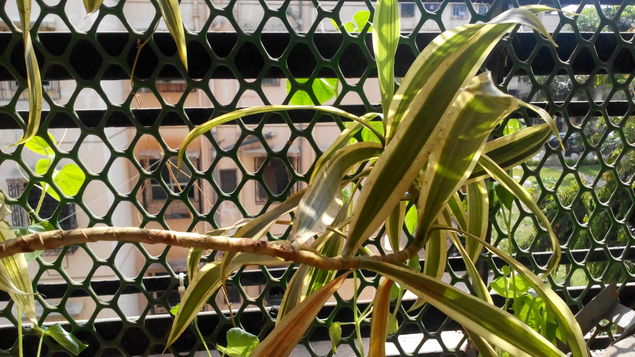 The 8-megapixel rear camera on the Mach Two is a mixed bag. Our daylight shots looked good when zoomed out but when viewed at full resolution we noticed that quite a few details were missing. The camera is also slow. Thankfully, the images were not overly saturated. In low light, the camera took images laced with noise and they were mostly unusable. The high resolution front camera is also a below-average performer. The 1080p videos we captured were decent.