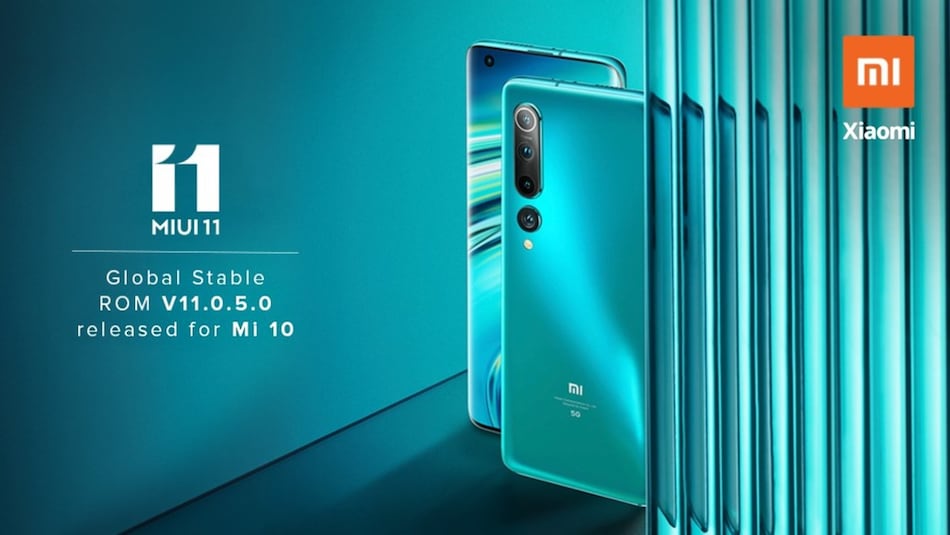 Mi 10 has started receiving the V11.0.5.0.QJBINXM update in India. MIUI Stable ROM V11.0.5.0.QJBINXM is rolling out over-the-air, and the company has also made available the ROM packages for those who cannot wait. The latest MIUI 11 update brings the April 2020 Android security patch alongside. The Mi 10 was launched in India last month, and the flagship device is priced starting at Rs. 49,999. The phone comes with a hole-punch display, quad rear cameras with a 108-megapixel main sensor, and Snapdragon 865 SoC.

MIUI India has taken to Twitter and its forums to announce the arrival of a new update for Mi 10 users. The firmware version for the update is MIUI V11.0.5.0.QJBINXM, and users are receiving the update progressively over-the-air (OTA). Users should check for the update manually in the Updater app.

Alternatively, Xiaomi has made available the ROM packages for the Mi 10 for all those users who want to manually download the update. The size of the package is about 2.5GB, and it can be downloaded from the forums. The page also offers a step-by-step guide on how to manually install the update.

As for the changelog, the latest MIUI 11 update for Mi 10 brings along support for Indian Regional Navigation Satellite System (NavIC). For those unaware, NaVIC is India's own navigation system, similar to the US' GPS. Smartphones with the latest Qualcomm chipsets can now use NaVIC, and Xiaomi looks to bring that advantage to Mi 10 users in India. It also updates the security patch to April 2020 and brings along increased system security. The update optimises the status bar and notification shade, and optimises the Wi-Fi 6 icon that shows only when the device is connected to the network of this standard.

Xiaomi recently also made available the Android 11 Beta 1 update for Mi 10 users. This software build is meant for testing purposes only, and doesn't include Xiaomi's MIUI skin on top. This means that Mi 10 users can test the new update in its vanilla form, without any specific custom changes. Apart from the Pixel devices, a host other third-party phones like OnePlus 8 and OnePlus 8 Pro phones have also received the Android 11 update.