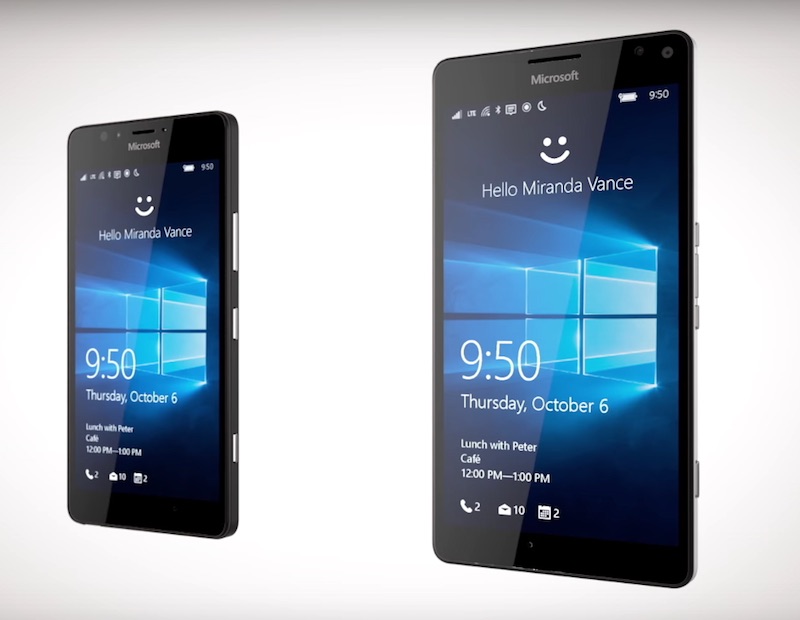 Microsoft will begin to sell the Lumia 950 and Lumia 950 XL smartphones later this month. According to multiple reports, the company will launch its new flagship handsets in the United States on November 20.

Citing people familiar with the matter, Windows Central reports that AT&T, the only network that will sell the Lumia 950 in the United States, will have the handsets ready for sale on November 20. The Verge further corroborates that Microsoft will sell the unlocked version of the Lumia 950 XL via its own retail stores starting the same day.

The reports note that the handsets will be running Windows 10 Mobile build 10586 - which is rather odd, as Windows 10 Mobile is still in its beta phase and could be riddled with a range of bugs and issues. It is also not clear whether Windows Hello, the firm's facial recognition biometric authentication, will be available in this build.

At an event earlier this month, Microsoft CEO Satya Nadella announced that the company will launch both the handsets in India by December. The Indian retail prices of the handsets haven't been unveiled yet.

For a refresh, the Microsoft Lumia 950 sports a 5.2-inch QHD display with a pixel density of 564ppi. It is powered by a 1.8GHz hexa-core Qualcomm Snapdragon 808 SoC and 3GB of RAM. It comes with 32GB of inbuilt storage that's expandable via microSD card.

The Microsoft Lumia 950 XL, moving along, sports a 5.7-inch QHD display with a pixel density of 518ppi. It is powered by a 2GHz octa-core Qualcomm Snapdragon 810 SoC and 3GB of RAM. It also comes with 32GB of inbuilt storage that's expandable via microSD card. Both the handsets come equipped with a 20-megapixel rear camera with OIS and 4K video recording support, and a 5-megapixel sensor upfront. Both the handsets come with USB Type-C port.