Windows 11 Insider Preview is available for members of the programme and there is an ARM based version as well for Surface Pro X type devices. 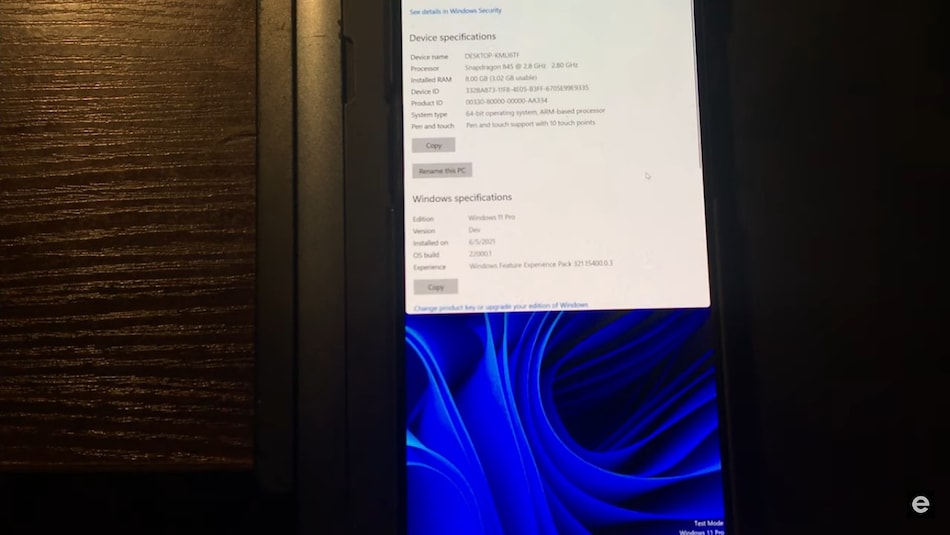 Windows 11 can run on the OnePlus 6T, Xiaomi Mi 8, the Lumia 950 XL and more, users have found. The upcoming operating system from Microsoft will be released to the public later this year, but the Insider Preview has been made available to those enrolled in the programme. Alongside the regular insider build for Windows 11, an ARM64 version of the operating system has also surfaced online, which some developers have been able to get running on certain smartphones.

OnePlus 6T and the Mi 8 are the latest smartphone models to run Windows 11. The team of developers behind the Renegade Project was able to run Windows 11 ARM64 build on the OnePlus 6T as shown in a video by edi194 on YouTube. The developers were able to get the touchscreen and USB port working on this install, along with the CPU, Bluetooth, and partially the GPU. On top of that, they tested quite a few games on it as well including Counter Strike: Global Offensive, GTA IV, Mafia, Need for Speed: Most Wanted (2012), Terraria, and more.

A few days ago, some developers successfully ported Windows 11 to the Mi 8 as well, but the touchscreen and USB port were not working on this install. A video showing the install process on the Mi 8 was posted on Chinese video sharing website Bilibili and was spotted by Realmicentral. Around the same time, Reddit user theSPEEDCAT posted a few images of Windows 11 running on a Raspberry Pi 4. Additionally, an engineering student named Gustave Monce shared on Twitter a video showing Windows 11 running on the Microsoft Lumia 950 XL smartphone with a working touchscreen.

Both the OnePlus 6T and the Mi 8 are powered by Qualcomm Snapdragon 845 SoC while the Lumia 950 XL is powered by the Snapdragon 810 SoC. This ARM64 build of Windows 11 has been designed to work on ARM based devices such as the Surface Pro X, and with some tinkering and tweaking, developers have been able to port the operating system on other ARM based devices running Qualcomm SoCs.