The alleged Microsoft Surface Duo 2 listing on eBay has since been deleted. 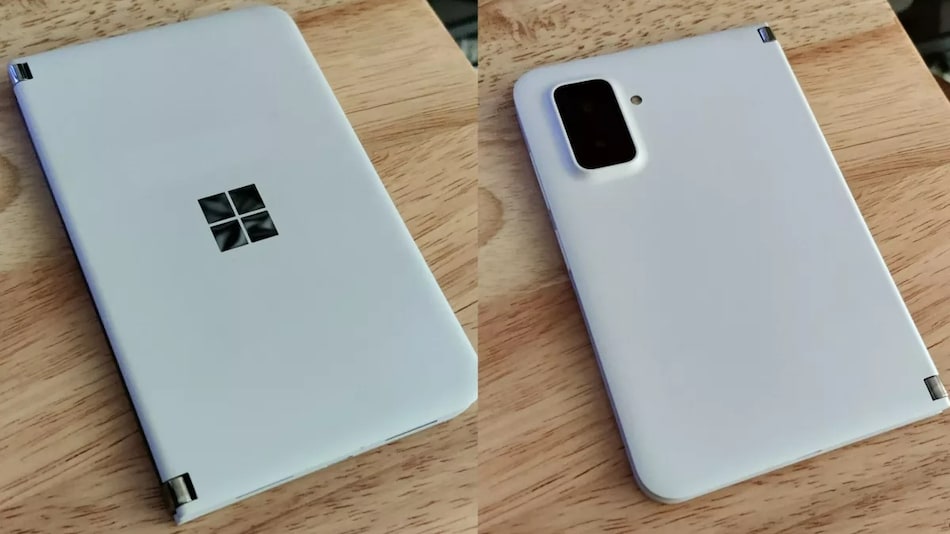 Microsoft was allegedly working on a 'lite' variant of the Surface Duo 2, which reportedly got listed on eBay recently. The images of the supposedly leaked handset reveal that it has a plastic exterior with a dual-camera array on the back. The alleged eBay listing does not delve into any more specifications about this device. This Surface Duo 2 model appears to be a 'dev unit'. Unfortunately, we might not be able to get our hands on this handset as it was reportedly cancelled by the company in 2021.

As per the report by Windows Central, a Microsoft Surface Duo 2 variant recently leaked on eBay. Notably, the handset appears to sport a plastic exterior with rounded corners and a matte finish. It is also said to feature a dual rear camera setup and flat displays without the glance bar. The alleged listing reportedly did not mention any specifications of this handset and has since been deleted. This device could have been a mid-range offering from Microsoft. But, the report suggests that the company cancelled it in 2021. This variant was supposedly codenamed 'Cronos' and would have arrived later this year at a lower price point than the Surface Duo 2. It could have also featured an upper mid-range Qualcomm SoC.

In comparison, the Surface Duo 2 was launched in September last year priced at $1,499 (roughly Rs. 1,20,000). It is powered by a Qualcomm Snapdragon 888 SoC. The handset comes with two 5.8-inch PixelSense displays that together offer an 8.3-inch viewing experience. It also sports a glance bar that allows users to check for notifications when the handset is folded. The Surface Duo 2 features a 16-megapixel triple rear camera setup and a 12-megapixel selfie camera. It sports a glass exterior with a sturdy metallic frame.