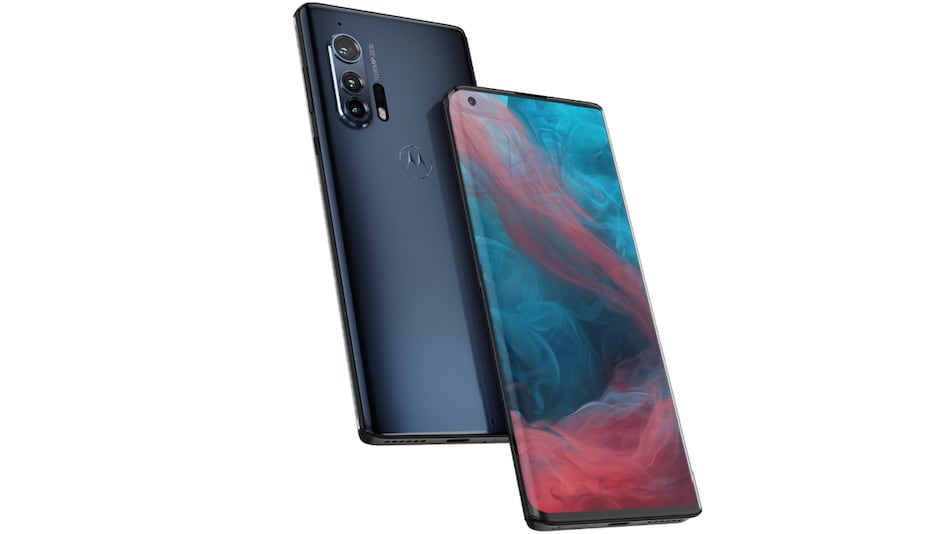 Motorola Edge+ has been launched in India as Motorola's latest flagship phone. The smartphone debuted globally last month — alongside the Motorola Edge. It comes with a hole-punch display that has a curved design. Motorola has also provided dual stereo speakers tuned by Waves to deliver an enhanced multimedia experience. Other key highlights of the Motorola Edge+ include 108-megapixel primary shooter and Qualcomm Snapdragon 865 SoC. Also, the Motorola Edge+ runs Android 10 and is touted to be upgradable to Android 12.

The Motorola Edge+ price in India is set at Rs. 74,999 for the single 12GB + 256GB storage variant. The phone comes in Smoky Sangria and Thunder Grey colour options. Moreover, it will be available for purchase through Flipkart and major offline retail stores starting May 26. The pre-bookings are now open.

The single-SIM (Nano) Motorola Edge+ runs Android 10 and features a 6.7-inch full-HD+ “Endless Edge” display with 90Hz refresh rate and HDR10+ support. Under the hood, the phone has the octa-core Qualcomm Snapdragon 865 SoC, paired with Adreno 650 GPU and 12GB of LPDDR5 RAM. The quad rear camera setup includes a 108-megapixel primary sensor with an f/1.8 lens and optical image stabilisation (OIS). Further, the camera setup has a 16-megapixel ultra-wide-angle shooter that comes with a field of view (FoV) of 117 degrees. You'll also get an 8-megapixel telephoto shooter with an f/2.4 aperture and OIS support as well as Time-of-Flight (ToF) sensor.

For selfies and video chat, the Motorola Edge+ has a 25-megapixel camera sensor at the front that is coupled with an f/2.0 lens.

The Motorola Edge+ has 256GB of UFS 3.0 onboard storage that doesn't support expansion via a microSD card. Connectivity options on the phone include 5G (NR sub-6GHz), 4G LTE, Wi-Fi 6, Bluetooth v5.1, GPS/ A-GPS, USB Type-C, and a 3.5mm headphone jack. Onboard sensors include an accelerometer, gyroscope, ambient light, and a proximity sensor. Further, the phone has an in-display fingerprint sensor.