The Motorola Edge+ will be unveiled in India at 12pm (noon) IST. 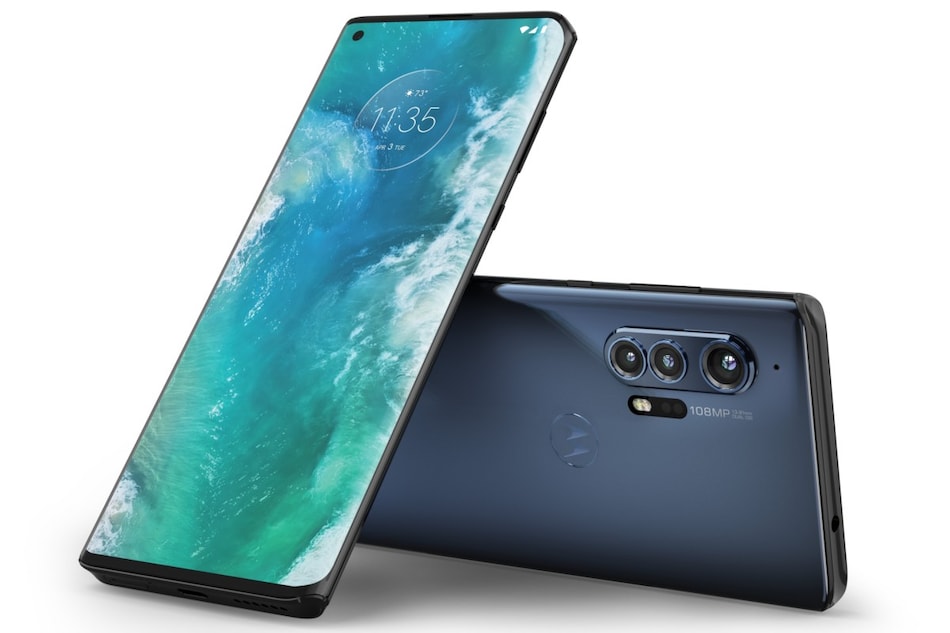 Motorola Edge+ has a 108-megapixel main camera at the back

Motorola Edge+ is all set to launch in India today. The company will be unveiling the smartphone at 12pm (noon), however it is unclear if it plans to host an online event to detail the flagship. The phone was launched in US last month, and it comes with a 90Hz curved OLED display and multiple cameras at the back with a 108-megapixel main sensor. Key specifications include a 108-megapixel main camera at the back, and a Snapdragon 865 SoC from Qualcomm. The Motorola Edge+ runs on stock Android 10, and retains the 3.5mm audio jack.

The Motorola Edge+ will be unveiled at 12pm (noon) IST, however as we mentioned, the company has not revealed whether it wants to host a virtual event to take the wraps off the new phone. If it does host an online event, Motorola will stream it online via its YouTube channel and social handles. The phone is teased to be exclusively available on Flipkart, at least among the e-retailers. The Motorola Edge+ is priced at $999 (roughly Rs. 75,300) in the US and we expect the India pricing to be around the same range. It has been released in the US in Smoky Sangria and Thunder Grey colour options. All official details regarding pricing, availability, and colour options in India will be detailed later today.

Coming to the specifications, the Motorola Edge+ details are already known because of its launch in the US market last month. The phone runs on stock Android 10, and features a curved 6.7-inch full-HD+ OLED display with 90Hz refresh rate. The phone is powered by the Snapdragon 865 SoC, paired with 12GB of RAM. Internal UFS 3.0 storage is at 256GB. There is no option to expand it further using a microSD card slot.

As for the optics, the Motorola Edge+ has a 108-megapixel primary camera with f/1.8 aperture, a 16-megapixel ultra-wide angle camera with f/2.2 aperture and 117-degree field of view, and an 8-megapixel telephoto camera that comes with OIS support and provides 3x optical zoom output. There is an additional Time of Flight (ToF) sensor as well. Up front, there is a 25-megapixel camera with f/2.0 aperture.

Huawei Says 'Survival' at Stake After US Chip Restrictions