The security update is rolling out for the Nokia 6.1 Plus in India, as per a report. 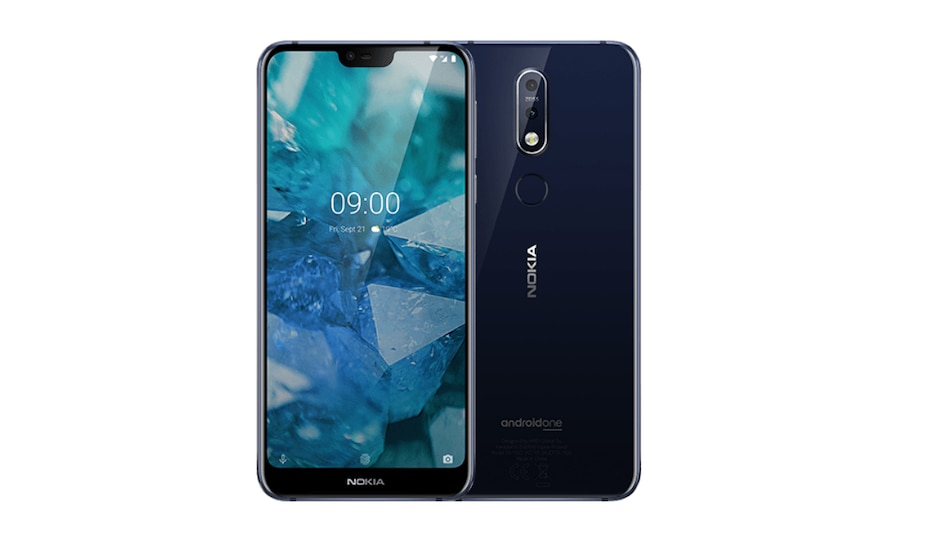 Nokia 7.1, Nokia 6.1 Plus, Nokia 3.2, and Nokia 3.1 are receiving the January 2021 Android security patch, as per reports. The security update for the Nokia 6.1 Plus is said to be rolling out in India and is around 21MB in size. The updates for four Nokia phones seem to only carry the security patch, and not any other features. If you haven't received a notification for the update on your eligible Nokia device, you can check for the update manually in Settings.

As per a report by Nokiamob, the update for Nokia 6.1 Plus is currently rolling out only in India, but will likely expand to other regions soon. The phone was launched back in August 2018.

The January 2021 Android security patch for the Nokia 7.1 is around 21.06MB, according to another report by Nokiamob. The security patch update for Nokia 3.1 is reportedly 60.15MB in size and for the Nokia 3.2 is 16.30MB in size. While it is not clear which specific region the security updates for these three phones are rolling out to, the report suggests that it could be a global rollout.

Screenshots of the updates in the reports indicate that the updates for the Nokia phones only carry the January 2021 Android security patch; no other features are mentioned. Users are recommended by Nokia to use Wi-Fi to download the updates, if possible.

Meanwhile, a recent report suggests that three new phones from the company, Nokia 1.4, Nokia 6.3, and Nokia 7.3 could launch in Q1 or early Q2 this year. The Nokia 1.4 is relatively new, but the Nokia 6.3 and the Nokia 7.3 were earlier expected to launch in the third quarter of 2020 at the European tech show IFA 2020.