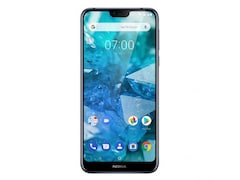 Ever since it revived Nokia's smartphone business, HMD Global has been launching new models at a rapid pace. The Nokia 7.1 is the latest mid-range offering from the company, slotting in between the Nokia 6.1 Plus and the Nokia 8.1. In India, the Nokia 7.1 is offered in a single configuration with 4GB of RAM and 64GB of storage, priced at Rs. 19,999.

The crisp and vivid HDR display is the main selling point of the Nokia 7.1, and is arguably one of the best in this price range. The display alone is worth the price jump from the likes of the Motorola One Power and Nokia 6.1 Plus. The well-optimised software package, promise of timely updates, striking looks, great build quality, and solid cameras only add to this phone’s appeal.