Nokia 6.2 users in countries including Lithuania, Norway, Saudi Arabia, and several others are also receiving the Android 10 update. 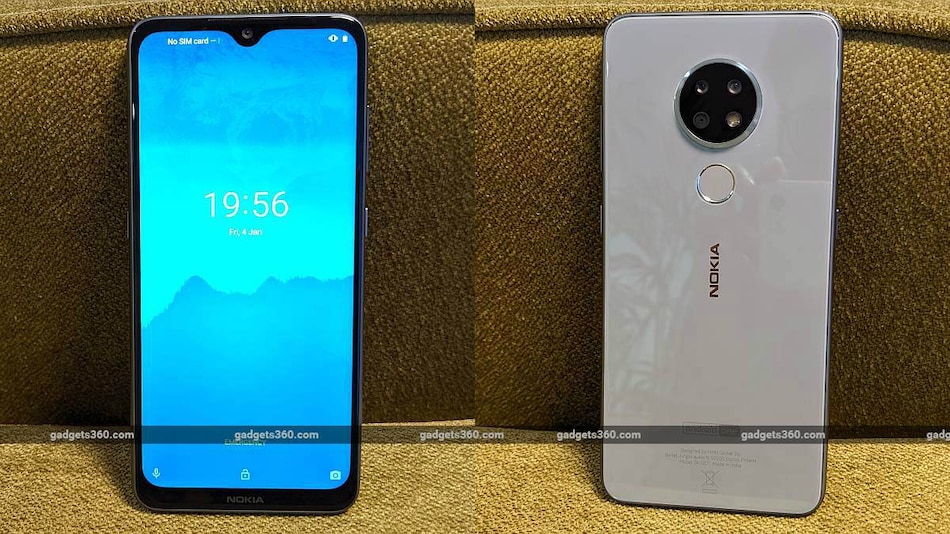 Nokia 6.2 has a notched selfie camera

The development was shared on the Nokia community page, along with the list of countries that are part of the first wave. These include:

The company also states that 10 percent of these approved markets will receive the Nokia 6.2 update today and that 50 percent will receive it by May 1. All of these regions will get the update by May 3, the company adds.

While there is no changelog on the Nokia community page, a Twitter user who received the update shared a screenshot for it. It shows software version of Android 10 update is V2.290 and is a 1.5GB in size. It also includes new features like Dark mode, Smart reply, gesture navigation, along with additional controls for privacy and location. As mentioned earlier, the security patch has been updated to March 2020 as well.

To manually check if you have received the Android 10 update on your Nokia 6.2, go to Settings > About phone > System updates.

The Nokia 2.3 was the last Nokia phone to receive the Android 10 update this month. Other phones that received the update this month are Nokia 7.2, Nokia 4.2, Nokia 8, and Nokia 3.2. These updates seem to be on track with the revised roadmap shared by HMD Global. Notably, the company had to revise its roadmap due to disruptions caused by coronavirus.