Nokia G21 is tipped to launch in India in two RAM variants. 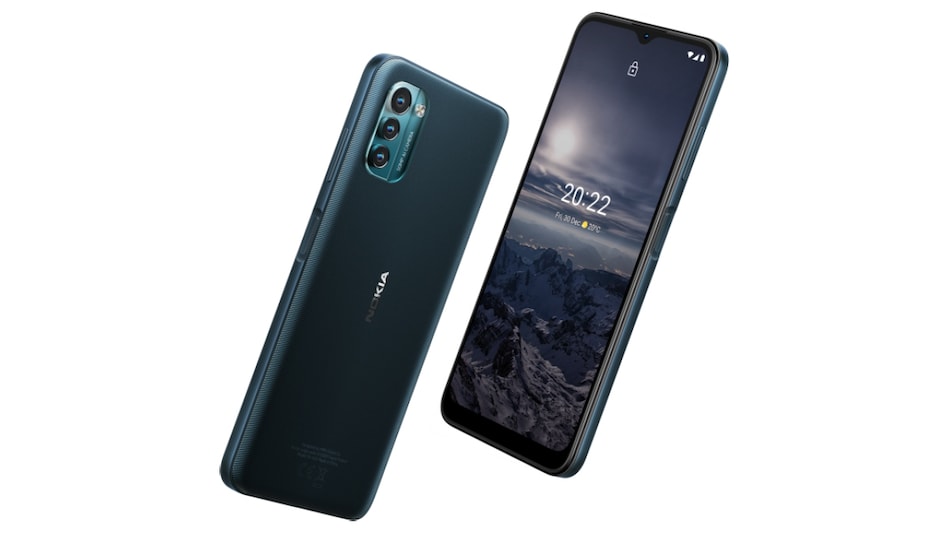 Nokia G21 and Nokia G11 are tipped to launch in India on Tuesday. The company has teased the debut of two new smartphones on social media along with an April 26 launch date, without revealing which handsets will be launched. Both smartphones were launched in select markets in February. The Nokia G21 is equipped with a 50-megapixel primary camera and sports a 6.5-inch display, while the Nokia G11 is claimed to offer three days of battery life and a 90Hz display. The company is yet to officially confirm which models will be launched on Tuesday, along with their specifications.

The company posted a teaser on Sunday, while only revealing the rear camera modules for two smartphones, along with the launch date of April 26. Meanwhile, tipster Mukul Sharma claimed on Twitter that the two smartphones launching in the country on Tuesday will be the Nokia G21 and the Nokia G11. Meanwhile, a report by Pricebaba citing the tipster suggests that the specifications of the Nokia G21 will be similar the smartphone that was launched in other markets, while suggesting that the handset could be priced similarly to its successor, the Nokia G20, which was launched in India at Rs. 12,999.

Launched in select markets in February, the Nokia G21 runs Android 11 and sports a 6.5-inch HD+ IPS (1,600x720 pixels) screen with a 90Hz refresh rate. It is powered by an octa-core Unisoc T606 SoC under the hood, coupled with 4GB of RAM. According to the tipster, the smartphone will also be available in a 6GB RAM variant in India. The Nokia G21 sports a triple rear camera setup with a 50-megapixel primary camera, a 2-megapixel macro shooter, and a 2-megapixel depth sensor. It is also equipped with an 8-megapixel front-facing camera.

The handset offers 64GB of inbuilt storage that can be expanded via a microSD card (up to 512GB) slot. Connectivity options include Wi-Fi, 4G, Bluetooth v5, GPS, A-GPS, a USB Type-C port, and a 3.5mm headphone jack. Sensors on board include an accelerometer, proximity sensor, and ambient light sensor. Nokia G21 features a side-mounted fingerprint sensor for biometric authentication. It packs a 5,050mAh battery and 18W fast charging support.

Meanwhile, the Nokia G11 also made its debut in February, and runs on Android 11 and sports a 6.5-inch HD+ (720x1,600 pixels) display with a 90Hz refresh rate. Under the hood, the Nokia G11 is powered by a Unisoc T606 chipset paired with 3GB of RAM. It is equipped with a triple rear camera setup comprised of a 13-megapixel primary sensor, a 2-megapixel macro shooter, and a 2-megapixel depth sensor. The handset also features an 8-megapixel selfie camera sensor.

The Nokia G11 offers 32GB of inbuilt storage that can be expanded via a microSD card (up to 512GB) slot. Connectivity options include 4G LTE, Wi-Fi 802.11ac, Bluetooth v5.0, GPS/ A-GPS, FM radio, USB Type-C, and a 3.5mm headphone jack. Sensors on board include an accelerometer, ambient light, and a proximity sensor. The phone also comes with a side-mounted fingerprint sensor. It packs a 5,050mAh battery that supports 18W fast charging. As previously mentioned, Nokia is yet to officially announce specifications of both the Nokia G21 and Nokia G11 ahead of the upcoming launch event.