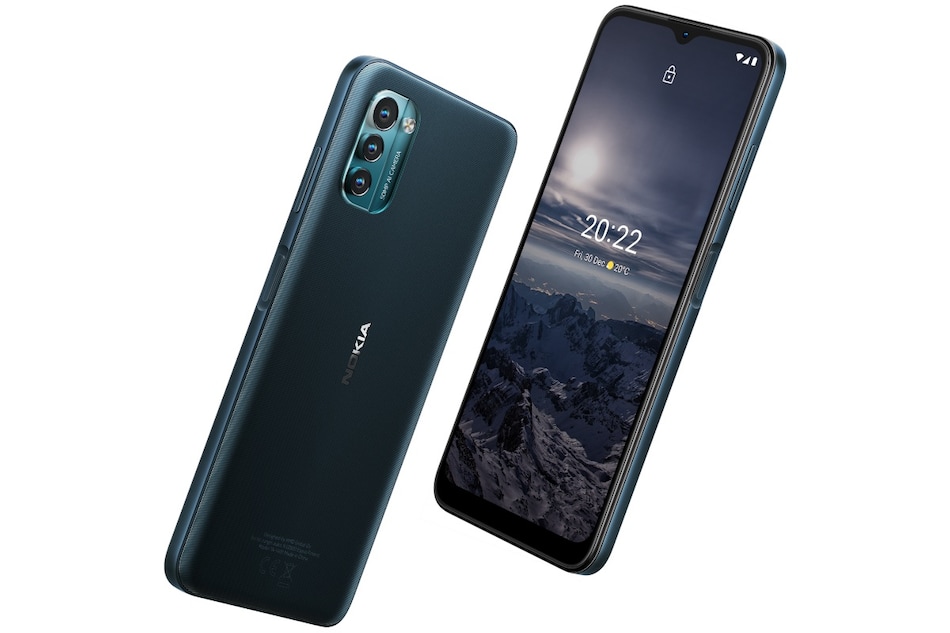 Nokia G21 is available for purchase in two different configurations

Nokia G21 was launched in India on Tuesday as the newest member under the Nokia G series. The new Nokia phone is claimed to deliver three-day battery life on a single charge and is designed with features including triple rear cameras as well as a waterdrop-style display notch. The Nokia G21 also comes with up to 128GB of onboard storage. It is promised to receive two years of OS upgrades and two times more security updates than the competition. The Nokia G21 will compete against the likes of the Redmi Note 11, Realme 9i, and the Samsung Galaxy M32.

Nokia G21 price in India starts at Rs. 12,999 for the base 4GB RAM + 64GB storage variant. The phone also comes in a 6GB + 128GB model that carries a price tag of Rs. 14,999. The Nokia G21 comes in Dusk and Nordic Blue colours and is available for purchase through the Nokia.com site. It will also go on sale through select retail stores and key e-commerce sites. Customers purchasing the Nokia G21 are eligible to avail a Triple Zero Finance offer from Bajaj Finserv.

Alongside the Nokia G21, HMD Global launched the Nokia 105 (2022) and Nokia 105 Plus feature phones as well as the Nokia Comfort Earbuds and Go Earbuds+ truly wireless stereo (TWS) earbuds in the country.

The Nokia G21 runs Android 11 and features a 6.5-inch HD+ (720x1,600 pixels) display with a 20:9 aspect ratio and a 90Hz refresh rate. The display also has 180Hz touch sampling rate and a peak brightness of 400 nits. The phone is powered by an octa-core Unisoc T606 SoC, along with up to 6GB of RAM. The Nokia G21 carries the triple rear camera setup that houses a 50-megapixel primary sensor with an f/1.8 lens, along with a 2-megapixel macro shooter and a 2-megapixel depth sensor.

For selfies and video chats, the Nokia G21 comes with an 8-megapixel selfie camera sensor at the front.

The Nokia G21 offers up to 128GB of onboard storage that supports expansion via microSD card (up to 512GB).