OnePlus 10T is set to launch on August 3 at 7.30pm IST during the company’s New York City event. 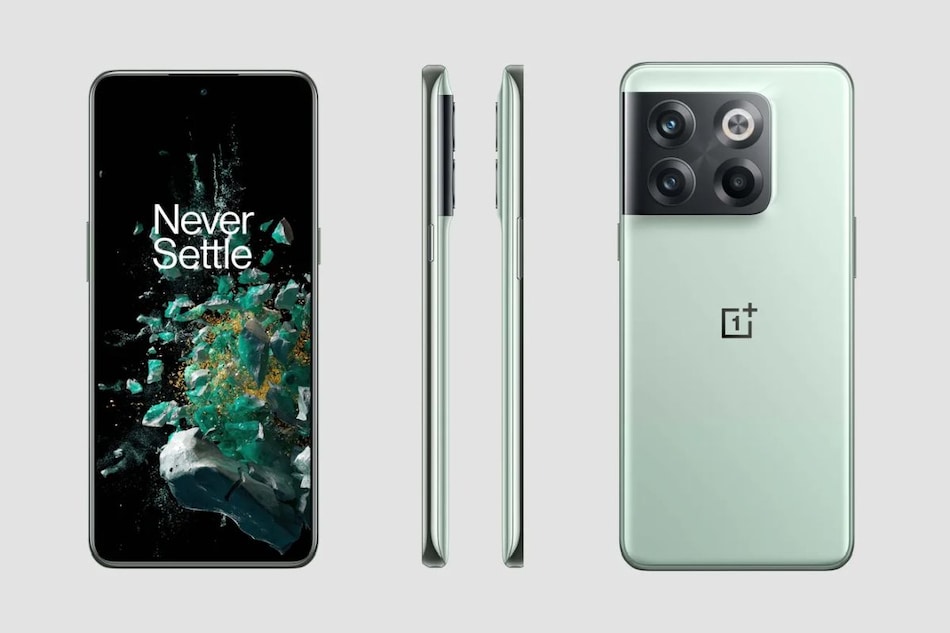 OnePlus 10T is not going to feature an alert slider to make space for other components inside the smartphone, as per the company's chief designer. Images of the smartphone were also shared by the company. The OnePlus handset is set to launch on August 3 at 7.30pm IST during company's New York City event. The company is also going to unveil the OxygenOS 13 at the event. OnePlus 10T was also tipped earlier to launch without an alert slider and a Hasselblad branded camera module. OnePlus recently confirmed that the phone will feature a 50-megapixel triple rear camera setup.

According to a report by The Verge, citing an interview with Hope Liu, Chief Designer at OnePlus, the OnePlus 10T is going to skip the alert the alert slider this time to make internal space for other components that are needed for “high wattage charging, a large battery, and better antenna signal.” Liu reportedly said that the alert slider might seem like a very small component but it has a larger impact on the motherboard. An earlier report suggested that the handset will likely skip the iconic alert slider. The company also shared some images of the OnePlus 10T with the publication, revealing its design from nearly all sides. It reveals a square camera module with a triple rear camera module, a volume rocker on the left panel, and a power button on the right panel. OnePlus had recently confirmed the camera specifications of the smartphone. OnePlus 10T will feature a triple rear camera setup with a 50-megapixel Sony IMX766 primary sensor. It will also get the company's new image clarity engine. The company claims that it offers faster photo capture and better details.

The camera module of the OnePlus 10T was previously rumoured to forgoe Hasselblad branding, something that has been confirmed now by Liu, who said that the company wanted to launch the smartphone with flagship performance at the chosen price point. It is to be noted that the company is yet to announce the price tag. Liu also confirmed a 6.7-inch display, as well as colours - Glossy Green and Matte Black.

Recently, the Amazon landing page of the OnePlus 10T went live, which revealed that the smartphone will be available for pre-order via the e-commerce website starting August 3. The handset has also been confirmed to be powered by the Qualcomm Snapdragon 8+ Gen 1 SoC.

OnePlus 10T is set to launch on August 3 at 7.30pm IST during the company's New York City event. The OxygenOS 13 will also be unveiled at the launch event.