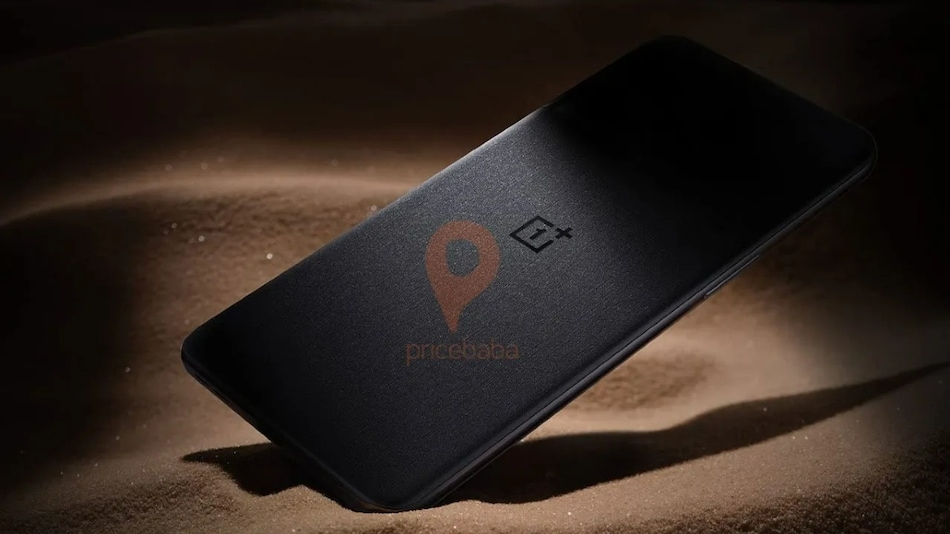 OnePlus 10T 5G alleged teaser image has been leaked and it suggests that the smartphone will come with a textured back panel. The image also shows a back panel with Black colour, which is tipped to be one of the two options that the phone is reported to launch in. OnePlus has already started to tease the smartphone and it is rumoured to launch in India on August 3. The smartphone is said to go on sale in the first week of August and it could be available via Amazon.

Citing Trusted Tipster, a report by Pricebaba has shared an image of the alleged OnePlus 10T 5G suggesting a textured finish on the back panel. This could be the famous sandstone finish that was found in earlier OnePlus smartphone models. It could possibly be the Moonstone Black colour variant — one of the options that the OnePlus 10T 5G is expected to come with. The other colour could be called Jade Green.

OnePlus 10T 5G is tipped to debut in India on August 3. A previous report claimed that the phone will make its debut between July 25 and August 1. It was also said that the OnePlus handset will be available for purchase from the first week of August and on Amazon. OnePlus recently teased the smartphone with a tweet.

The OnePlus 10T 5G is claimed to feature a 6.7-inch full-HD+ AMOLED display with a 120Hz refresh rate. It may be powered by a Snapdragon 8+ Gen 1 SoC paired with up to 16GB of LPDDR5 RAM and up to 512GB of UFS 3.1 storage. It is said to offer a triple rear camera system headlined by a 50-megapixel main sensor alongside an 8-megapixel secondary sensor and a 2-megapixel snapper. The phone could pack a 4,800mAh battery with support for 150W fast charging.

Netflix Confirms Its Ad-Supported Plan Won't Offer All of the Content: All You Need to Know