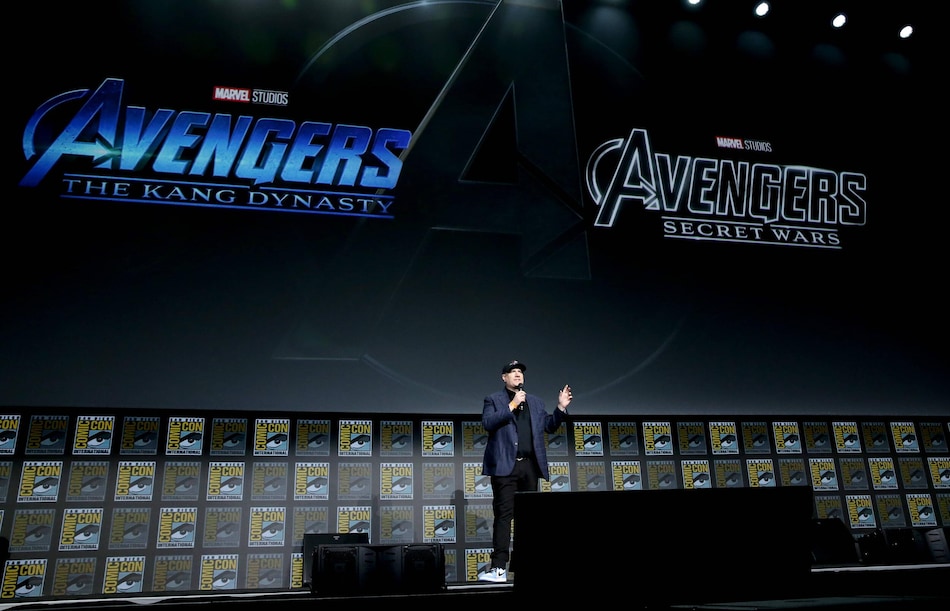 Avengers movies are back — in 2025. At San Diego Comic-Con 2022, Marvel Studios announced Avengers: The Kang Dynasty with a May 2, 2025 release date, which will be followed six months later by Avengers: Secret Wars that has a November 7, 2025 release date. Marvel Studios president Kevin Feige noted that the fifth and sixth Avengers movies will conclude Phase Six of the Marvel Cinematic Universe. Avengers: The Kang Dynasty will no doubt feature Jonathan Majors as Kang the Conqueror — first introduced on the Tom Hiddleston-led Loki — and confirms him as the new big bad.

Soon after revealing Avengers: The Kang Dynasty and Avengers: Secret Wars, Feige revealed a new moniker for the ongoing MCU era. Phases Four through Six have been dubbed The Multiverse Saga. While Phases One through Three were retroactively given The Infinity Saga title following the release of Avengers: Endgame, Marvel Studios has decided to switch track and confirm the obvious early on this time. This also means that the as-yet unannounced Phase Seven will usher in a new era of the MCU, hinting that the multiverse may not stay around forever.

More importantly though, Marvel fans are getting what they desperately wanted — new Avengers movies and Secret Wars. And hopefully, it will be worth the wait. The six-year gap between Avengers: Endgame and Avengers: The Kang Dynasty is the longest — double, in fact — we would have had between two Avengers movies. Following The Avengers in 2012, we had Avengers: Age of Ultron in 2015, Avengers: Infinity War in 2018, and then Avengers: Endgame in 2019. There's never been a gap of more than three years. That said, we are already halfway there.

But the fans aren't getting everything they want, with the Russo Brothers — they helmed both Avengers: Infinity War and Avengers: Endgame — being ruled out as directors on Avengers: The Kang Dynasty and Avengers: Secret Wars. While Joe and Anthony Russo are big fans of the Secret Wars comic series, Feige revealed at San Diego Comic-Con 2022 that “they're not connected to it. They've been very direct about that. We love [the Russo Brothers], they love us. We want to find something to do together, it's not this.” The Russos had been hesitant earlier, so this is not surprising.

Avengers: The Kang Dynasty is out May 2, 2025 in cinemas worldwide, with Avengers: Secret Wars to follow on November 7, 2025.